Compost vs. Humus: Why Is Humus Important In The Garden 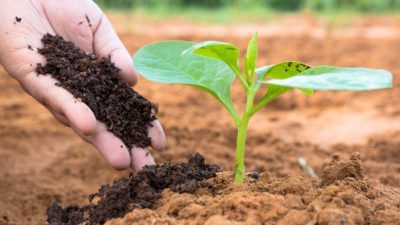 I like myth debunking as much as I like gardening. Myths are kind of like plants in a way, they keep growing if you feed them. One myth that we need to stop feeding or circulating is the one where we declare that compost is humus. No. Just no. Stop.

The terms ‘compost’ and ‘humus’ cannot be used interchangeably. So “what is the difference between humus and compost?” and “how is humus used in gardens?” you ask? Read on to get the dirt about compost vs. humus. And, just in case you are wondering why we are comparing compost to the delicacy in your kitchen right now, I also want to take a moment to clarify that humus is not the same as hummus. Trust me. Humus just isn’t as tasty.

Difference between Humus and Compost

Compost is the black dirt, or “black gold” as we like to call it, created from the decomposition of the organic matter that we contribute, whether that be leftover food or yard waste. Compost is considered “finished” when we are left with the semblance of a rich, organic soil where our individual contributions are no longer distinguishable. And, nice catch, I put “finished” in quotes for a reason.

If we want to be technical, it really isn’t finished, as it’s not completely decomposed. A lot of microscopic action will still be taking place as the bugs, bacteria, fungi, and microbes that we really don’t like to acknowledge are there still have a lot of material in that “black gold” to feast upon and break down.

So basically, the finished compost we put in our gardens really only contains a very small percentage of humus. Compost literally takes years to fully decompose into a humus state. When the compost is fully decomposed it will then be 100% humus.

What is Humus Made of?

As the little critters continue their dinner party, they break things down on a molecular level, slowly releasing nutrients into the soil for plant uptake. Humus is what’s leftover at the conclusion of the dinner feast, which is when all the usable chemicals in the organic matter have been extracted by the microorganisms.

Humus is essentially a dark, organic, mostly carbon-based spongy substance in the soil that has a shelf life of hundreds of years or more. So to recap the whole compost vs. humus debacle, while humus can be created through the composting process (albeit very, very slowly), compost is not humus until it is decomposed down to dark, organic material that can no longer be broken down.

Why is Humus Important?

How is humus used in gardens and why is humus important? As I mentioned earlier, humus is spongy in nature. This is significant because this attribute enables humus to hold up to 90% of its weight in water, meaning soil laden in humus will be able to retain moisture better and be more drought resistant.

The humus sponge also latches onto and safeguards nutrients that plants require, such as calcium, magnesium, and phosphorus. Plants can siphon these much-needed nutrients from the humus through their roots.

Humus gives the soil a much desired crumbly texture and improves soil structure by making the soil looser, allowing for easier flow of air and water. These are just a few great reasons why humus is important to your garden.