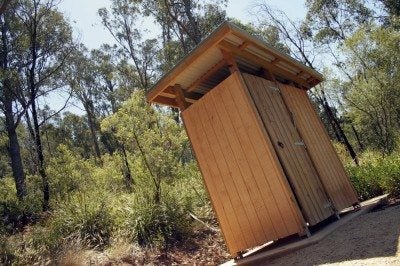 Is it Safe to Compost Human Waste?

In the home garden, composted human waste is considered to be unsafe for use around vegetables, berries, fruit trees or other edible plants. Although human waste is rich in plant-healthy nutrients, it also contains viruses, bacteria, and other pathogens that are not effectively removed by standard home composting processes.

Although managing human waste at home is generally not sensible or responsible, large-scale composting facilities have the technology to process the waste at extremely high temperatures for extended lengths of time. The resulting product is heavily regulated and frequently tested by the Environmental Protection Agency (EPA) to ensure bacteria and pathogens are below detectable levels.

The highly processed sewage sludge, generally known as biosolid waste, is often used for agricultural applications, where it improves soil quality and reduces dependence on chemical fertilizers. However, stringent record-keeping and reporting are required. In spite of the high-tech, closely monitored process, some environmental groups are concerned that the material may contaminate soil and crops.

Proponents of using humanure in gardens often use composting toilets, which are designed to contain human waste safely while the material is converted to usable compost. A composting toilet may be an expensive commercial device or a homemade toilet in which waste is collected in buckets. The waste is transferred to compost piles or bins where it is mixed with sawdust, grass clippings, kitchen waste, newspaper, and other compostable material.

Composting human waste is risky business and requires a compost system that produces a high temperature and maintains the temperature long enough to kill bacteria and pathogens. Although some commercial composting toilets are approved by local sanitation authorities, homemade humanure systems are rarely approved.