Fruitless Avocado Problems – Reasons For An Avocado Tree With No Fruit 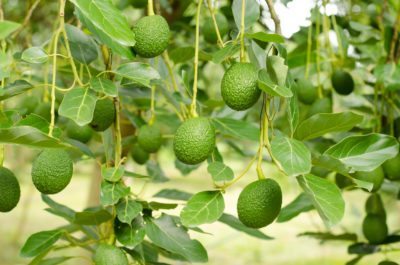 Although avocado trees produce more than a million flowers at bloom time, most fall from the tree without producing fruit. This extreme flowering is nature’s way of encouraging visits from pollinators. Even with this excessive blossoming, there are several reasons for a fruitless avocado. Read on to learn why there is no fruit on an avocado tree as well as additional information regarding an avocado that won’t produce fruit.

Reasons for an Avocado Tree with no Fruit

There are several reasons for a fruitless avocado. First of all, grafted trees usually begin to produce fruit in three to four years while avocado seedlings (non-grafted) take much longer to produce (7-10 years), if at all. So one reason why an avocado won’t produce fruit is simply because it is not a mature grafted variety.

Also, avocados planted in USDA zones 9 through 11 can bear fruit, but if you are in a chillier region, the tree may survive but never set fruit. Additionally, avocados will often produce a heavy fruit set one year and in the successive year produce a much lighter set of fruit. This is called biennial fruiting.

The most likely cause for no fruit on an avocado tree is its flowering pattern. Avocados have a unique flowering behavior called ‘protogynous dichogamy.’ All that this cumbersome phrase means is that the tree has both functional male and female organs in each flower. Over a two day period, the bloom opens first as a female and on the following day as a male. Each opening of the flower lasts about half a day. To further complicate things, avocado flowering patterns are divided into two groups: “A” and “B” type flowers. Type A flowers open as females in the morning and then as males, while Type B blooms open as male followed by female.

Temperature plays a part in how well the synchronized blooming pattern is accomplished. Optimal temps for flowering are 68 to 77 degrees F. (20-25 C.). Higher or lower temperatures can alter how well the tree is pollinating.

How to Get an Avocado to Set Fruit

To encourage pollination, plant more than one tree. Plant rootstock grafted seedlings rather than seeds you have started on your own.

Avocado trees do not need or like heavy pruning. If you need to prune out dead, broken, or diseased branches, try to avoid cutting or damaging branches with buds or flowers.

Keep the tree consistently watered; water deeply to soak the roots and then let the soil surface dry before watering again. Depending upon the temperature, this may mean daily or weekly watering.

Printer Friendly Version
Read more about Avocados
<PreviousNext>
Did you find this helpful? Share it with your friends!
FacebookTweetPinEmail
Related Articles
Newest Articles
You might also like…
Additional Help & Information