Currant Pruning – How To Prune A Currant Bush 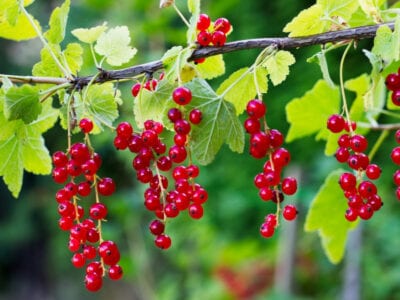 Currants are tiny berries in the genus Ribes. There are both red and black currants, and the sweet fruits are commonly used in baked goods or preserves as well as dried for many uses. Currant pruning is one of the key maintenance chores related to cultivation of the berry. Information on how to prune currants will help you preserve the form of the plant and ensure more blooms and a bigger harvest. Pruning currant bushes is an annual process that should be done when the bush is dormant.

How to Prune a Currant Bush

Currant stems naturally grow from the ground and form a low growing bush. The question of how to prune a currant bush can be answered with just a few steps. Fruit production in the home requires that the gardener learn how to trim currant bushes. Pruning currant bushes is necessary to keep the form of the plant, remove any diseased material and, most of all, to keep the plant’s interior open. Currant pruning is a quick annual chore and part of regular maintenance.

Head back one-year-old shoots to the next growing point to force branching. The next growing point can be identified by the slight swelling in the wood, and in early spring it may even show a bit of green peeking out. Cuts are made ¼ inch (6 mm.) before the growth point to preserve the bud.

After the plant is four years old you will begin removing any canes that are older than three years old. Currant pruning requires the removal of the oldest wood annually in very early spring. Fruits are produced on three-year-old wood, which needs to be preserved.

Broken and dead wood are removed annually and some thinning needs to take place to enhance air and light penetration.

How to Prune Currants to Train Them

Currants should also be trained after planting. They need fairly severe pruning to cause the plant to form evenly spaced branches that allow air and sunlight in but are nice and strong for fruit production. At planting, cut all the canes back to four or six buds. This is called heading back and is always done to a healthy bud.

The practice forces the canes to form more canes with healthy buds. The best way on how to prune currants is by using sharp implements that will make clean cuts and won’t invite pathogens. Very little pruning is needed after this for the first four years except for removal of broken and dead wood.

Printer Friendly Version
Read more about Currants
Next>
Did you find this helpful? Share it with your friends!
FacebookTweetPinEmail
Related Articles
Newest Articles
You might also like…
Additional Help & Information