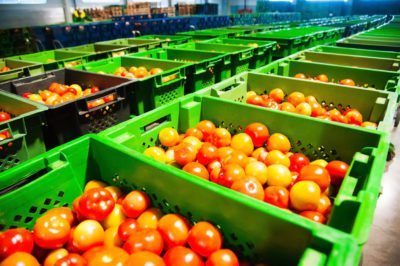 Perhaps you have heard it said not to place your newly harvested fruits in the fridge alongside other types of fruits to avoid over-ripening. This is due to the ethylene gas that some fruits give off. What is ethylene gas? Keep reading to learn more.

What is Ethylene Gas?

Without scent and invisible to the eye, ethylene is a hydrocarbon gas. Ethylene gas in fruits is a naturally occurring process resulting from the ripening of the fruit or may be produced when plants are injured in some way.

So, what is ethylene gas? Ethylene gas in fruits and vegetables is actually a plant hormone which regulates the plant’s growth and development as well as the speed at which these occur, such as hormones do in humans or animals.

Ethylene gas was first discovered about 100 years ago when a student noticed that trees growing near gas street lamps were dropping leaves more rapidly (abscising) than those planted at a distance from the lamps.

The effect of ethylene gas upon fruit is a resulting change in texture (softening), color, and other processes. Thought of as an aging hormone, ethylene gas not only influences the ripening of fruit but may also cause plants to die, generally occurring when the plant is damaged in some manner.

Other effects of ethylene gas are loss of chlorophyll, abortion of plant foliage and stems, shortening of stems, and bending of the stems (epinasty). Ethylene gas can be either a good guy when used to hasten ripening of fruit or a bad guy when it yellows vegetables, damages buds, or causes abscission in ornamental specimens.

As a plant messenger that signals the plant’s next move, ethylene gas can be used to trick the plant into ripening its fruits and vegetables earlier. In commercial environments, farmers use liquid products that are introduced pre-harvest. The consumer may do this at home by simply placing the fruit or vegetable in question inside a paper bag, like a tomato. This will concentrate the ethylene gas inside the bag, allowing the fruit to ripen more quickly. Do not use a plastic bag, which will trap moisture and may backfire on you, causing the fruit to rot.

Ethylene may be produced not only in ripening fruit, but from internal combustion exhaust engines, smoke, rotting vegetation, natural gas leaks, welding, and in some types of manufacturing plants.