Polyploid Plant Info – How Do We Get Seedless Fruit 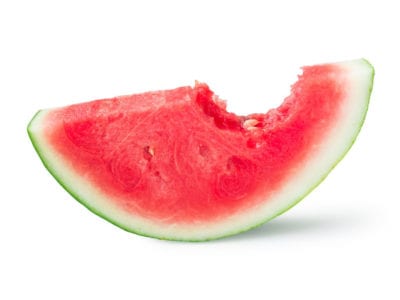 Did you ever wonder how do we get seedless fruit? To find out, we need to take a step back to high school biology class and the study of genetics.

Molecules of DNA determine whether a living entity is a human, dog, or even a plant. These strings of DNA are called genes and genes are located on structures called chromosomes. Humans have 23 pairs or 46 chromosomes.

Chromosomes come in pairs to make sexual reproduction easier. Through a process called meiosis, the pairs of chromosomes separate. This allows us to receive half of our chromosomes from our mothers and half from our fathers.

Plants aren’t always so fussy when it comes to meiosis. Sometimes they don’t bother dividing up their chromosomes and simply pass the entire array to their progeny. This results in multiple copies of chromosomes. This condition is termed polyploidy.

Extra chromosomes in people are bad. It causes genetic disorders, such Down syndrome. In plants, however, polyploidy is very common. Many types of plants, such as strawberries, have multiple copies of chromosomes. Polyploidy does create one little glitch when it comes to plant reproduction.

If two plants that crossbreed have differing numbers of chromosomes, it’s possible that the resulting offspring will have an uneven number of chromosomes. Instead of one or more pairs of the same chromosome, the offspring can end up with three, five, or seven copies of the chromosome.

Meiosis doesn’t work very well with odd numbers of the same chromosome, so these plants are often sterile.

Sterility is not as serious in the plant world as it is for animals. That’s because plants have many ways of creating new plants. As gardeners, we’re familiar with propagation methods such as root division, budding, runners, and rooting plant clippings.

So how do we get seedless fruit? Simple. Fruits like bananas and pineapples are called seedless polyploid fruit. That is because banana and pineapple flowers, when pollinated, form sterile seeds. (These are the tiny black specks found in the middle of bananas.) Since humans grow both these fruits vegetatively, having sterile seeds is not an issue.

When these polyploidy watermelons are crossed with normal watermelons, the results are triploid seeds that contain three sets of each chromosome. The watermelons grown from these seeds are sterile and don’t produce viable seeds, hence the seedless watermelon.

However, it’s necessary to pollinate the flowers of these triploid plants in order to stimulate fruit production. To do this, commercial growers plant normal watermelon plants alongside the triploid varieties.

Now that you know why we have seedless polyploid fruit, you can enjoy those bananas, pineapples, and watermelon and no longer have to ask, “how do we get seedless fruit?”.