What Is Plum Pox: Learn About The Control Of Plum Pox Disease 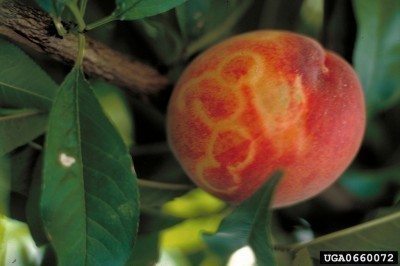 Plums and their relatives have long been troubled by various diseases and pests, but it wasn’t until 1999 that the plum pox virus was identified in North American Prunus species. Control of plum pox disease has been a long process in Europe, where it appeared in 1915. The battle has only just begun in American orchards and nurseries, where aphids transmit this disease between closely spaced plants.

What is Plum Pox?

Plum pox is a virus in the genus Potyvirus, which includes several commonly known mosaic viruses that infect garden vegetables. It is generally only transmitted over short distances, since it remains viable for just a few minutes inside the aphids that transmit the virus, such as green peach and spirea aphids.

Aphids spread plum pox virus when they probe infected plant leaves for potential food sources but move from the plant instead of settling down to feed. This may result in multiple infection sites in a single tree, or a spreading infection in trees that are planted closely together.

Plum pox is also frequently spread through grafting. When plants affected by plum pox, including cherries, almonds, peaches, and plums, are initially infected with plum pox virus, symptoms may be hidden for three years or more. During this time, the quietly infected trees may be used for creating multiple grafts, spreading the virus far and wide.

Once a tree is infected with plum pox, there is no way to treat it. That tree, and any nearby, should be removed to stop the spread of the virus. Symptoms are often delayed, but even when they appear, they are sporadic, making diagnosis difficult. Look for discolored rings on leaves and fruits, or color breaking on flowers of ornamental peaches, plums, and other Prunus species.

Unless you live in a plum pox virus quarantine area, including parts of Ontario, Canada, Pennsylvania, and Michigan, your sick Prunus species is unlikely to be affected by this specific virus. However, controlling aphids on all plants is generally good practice, since their feeding can transmit other illnesses and cause the general decline of infested landscaping.

When aphids are detected, knocking them from plants with a garden hose every few days or treating affected trees weekly with neem oil or insecticidal soaps will keep their numbers low. Once knocked back, beneficial insects can move in and provide regular control, as long as you refrain from using broad-spectrum pesticides nearby.