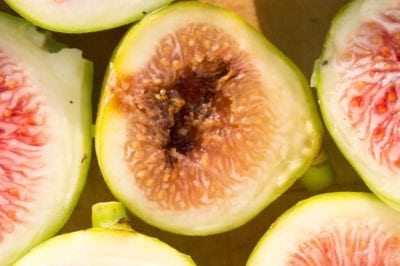 Fig souring, or fig sour rot, is a nasty business that can render all the fruits on a fig tree inedible. It can be caused by a number of different yeasts and bacteria, but it is pretty much always spread by insects. Luckily, there are some easy and effective ways to avoid the problem. Keep reading to learn more about identifying sour figs and managing fig sour rot.

What is Fig Souring?

Symptoms of fig souring are usually easily recognizable. As the figs start to ripen, they will give off a fermented smell and a pink, syrupy liquid will begin to ooze from the eye, sometimes forming bubbles as it comes out.

Eventually, the flesh inside the fruit will liquefy and become covered in a white scum. The fruit will go limp and black, then shrivel up and either drop from the tree or remain there until it is removed.

The rot might then spread to where the stem attaches to the fruit, forming a canker in the bark.

Fig souring isn’t a disease in and of itself, but rather the result of any of a large number of bacteria, fungi, and yeasts entering into the fig and essentially rotting it from within. These things enter the fig through its eye, or ostiole, the little hole at the base of the fruit that opens up as it ripens.

When this eye opens, tiny insects enter it and bring the bacteria with them. Nitidulid beetles and vinegar fruit flies are common insect culprits.

How to Prevent Fig Sour Rot

Unfortunately, once a fig has begun to sour, there’s no saving it. Spraying insecticides to control the insects that spread bacteria is sometimes effective. The best way to prevent sour figs, however, is to plant varieties that have either narrow or no ostioles.

Some good varieties are Texas Everbearing, Celeste, and Alma.