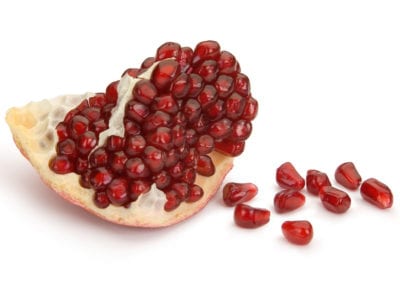 Questions about how to plant a pomegranate seed show up quite frequently lately. The apple-sized fruit is now a regular addition to the fresh fruit department at the grocery, where once it was only seen during the winter holidays. Along with the rise in popularity in recent years, seeing the abundance of seeds that lie beneath that ruby skin is enough to make any gardener wonder about growing pomegranate from seeds.

The pomegranate is an ancient fruit native to Persia, in what is now modern day Iran. Once the plants were discovered by travelers, people were quickly planting pomegranate trees throughout the regions of Asia, Africa, and Europe surrounding the Mediterranean Sea. Over the millennia, the luscious fruit has worked its way into the mythology of the Egyptians, Romans, and Greeks; been praised in both the Bible and Talmud; and featured in major works of art. One can almost hear the traders along the ancient Silk Road trade route asking questions about how to grow a pomegranate tree and how to market this remarkable fruit.

Over the ensuing years, the pomegranate became the fruit of royalty. This rich history, steeped in myth and romance, can probably be attributed to the fruit’s uniqueness; for it is truly unique. The pomegranate, Punica granatum, belongs to a family of plants that has only one genus and two species – the other only found on the island of Socotra, an island in the Indian Ocean.

Although the Romans declared it an apple, when we talk about growing pomegranate from seeds, we need to recognize that this fruit is actually a berry. Inside the hard rind are sections called locules. These locules are separated by a thin white, bitter-tasting membrane. Inside the locules are the arils, jewel-like pearls of sweetness, each carrying both juice and seed.

How to Grow a Pomegranate Tree from Seeds

There isn’t much to say about how to plant a pomegranate seed since these seeds sprout readily without too much help. The seeds should be cleaned of the fleshy aril surrounding them and should be planted in loose soil with a covering layer about a 1/2 inch (1.5 cm).

Heat should be second on your pomegranate seed care list. These seeds will germinate at normal room temperature in about 30-40 days. Bring the soil temperature up a few degrees and you can cut this time in half. Try surrounding your plant with foil and placing it in direct sun until the seedlings sprout.

There is another method that should be mentioned when describing how to plant a pomegranate seed. It’s called the baggie method. Some gardeners swear by this method for growing pomegranate from seeds. Wet a coffee filter and wring out the excess water. Sprinkle the cleaned seed on one quarter of the filter. Carefully fold the filter into quarters and slide it into a sealable plastic bag. Store in a warm place and check the bag every few days for germination. Once the pomegranate seeds sprout, transfer them to a pot.

Use any small container that has good drainage and plant two to three seeds per pot. You can pinch off the weaker seedlings after they are a few weeks old or transplant them to their own pot. That’s it!

But, if you want to know how to grow a pomegranate tree that is healthy and strong, the trick is in pomegranate care.

In their natural habitats, the calcareous or chalky, alkaline soil is perfect for planting pomegranate trees, so for you, pomegranate care should begin with the planting medium. The soil or planting media should be slightly alkaline with a pH up to 7.5. Since most planting mediums are developed to fall in the neutral range, the addition of a very small amount of limestone or garden lime to the mix should be sufficient.

Now that you know how to grow a pomegranate tree from seed, you should be aware that your seeds may not grow true to the cultivar it came from. Still, your new pomegranate tree will produce fruit in one to three years and nothing tastes better than something you have grown yourself.

Printer Friendly Version
Read more about Pomegranates
Next>
Did you find this helpful? Share it with your friends!
FacebookTweetPinEmail
Related Articles
Newest Articles
You might also like…
Additional Help & Information