Lemon Balm Uses – What Is Lemon Balm Plant Used For 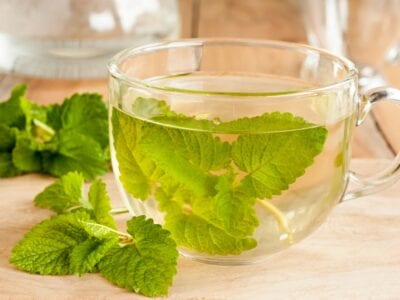 With its pleasing citrusy aroma, lemon balm hardly needs to have further benefits. And yet the lemon balm plant has been used for medicinal purposes for centuries. What are the benefits of this herb? Read on to learn about lemon balm uses medicinally.

What is Herbal Lemon Balm?

Lemon balm is a perennial herb in the mint family, Lamiaceae. Herbal lemon balm is native through south central Europe, the Mediterranean and into Central Asia. Today it has become naturalized through much of the Americas.

Like its relative mint, lemon balm has a distinct aroma, albeit more citrusy. Cultivated since at least the 16th century, lemon balm leaves have long been used to infuse teas and to flavor foods, as well as in traditional and alternative medicine.

What is Lemon Balm Plant Used For?

As mentioned, lemon balm uses run the gamut from culinary to medicinal. Lemon balm uses in food include as a flavoring in ice cream, fruit dishes, and candies. It is often paired with peppermint as a complimentary flavor in teas. It is also used in fish dishes and surprisingly is one of the ingredients of Spreewald gherkins, said to be the best pickled gherkins in the world.

There are quite a number of medicinal lemon balm uses. Herbal lemon balm is said to aid in digestive ailments such as bloating, colic, indigestions and nausea.

Another lemon balm medicinal use is to relieve stress and anxiety. To this end, the essential oil of lemon balm is often used in aromatherapy. Another benefit aiding in sleep problems and restlessness in children.

Lemon balm is also purported to act as an antioxidant aiding symptoms resulting from such conditions as diabetes, chronic degenerative diseases such as Parkinson’s and Alzheimer’s as well as cardiovascular disease.

The lemon balm plant has also been used for relieving menstrual cramps and symptoms of PMS. It is also said to treat headache and toothache.

There is some evidence to suggest that the use of lemon balm will aid in reducing inflammation.

Lastly, researchers have studied the possibility that using lemon balm at the first sign of a cold sore helps clear the blemish more quickly.

Regarding the Benefits of Lemon Balm

While the jury is out on some of the benefits of lemon balm, for the average healthy adult, using the herb to treat minor discomforts listed above is probably safe. As always, before using this herb or any other it is best to consult with your doctor.

Only use lemon balm for a short time; take a week off for every three weeks of use.

Printer Friendly Version
Read more about Lemon Balm
<Previous
Did you find this helpful? Share it with your friends!
FacebookTweetPinEmail
Related Articles
Newest Articles
You might also like…
Additional Help & Information