Control Of Pepperweed Plants – How To Get Rid Of Peppergrass Weeds 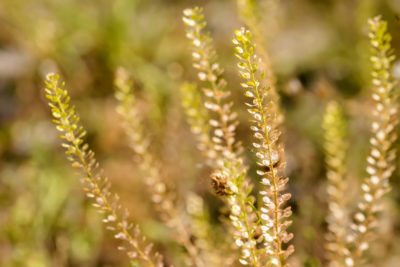 Peppergrass weeds, also known as perennial pepperweed plants, are imports from southeastern Europe and Asia. The weeds are invasive and quickly form dense stands that push out desirable native plants. Getting rid of peppergrass is very difficult since each plant produces thousands of seeds and also propagates from root segments. Read on for more perennial pepperweed information including tips for control of pepperweed plants.

Perennial pepperweed (Lepidium latifolium) is a long-lived herbaceous perennial that is invasive throughout the western United States. It is known by a number of other common names including tall whitetop, perennial peppercress, peppergrass, ironweed, and broad-leaved pepperweed.

Peppergrass weeds establish quickly since they thrive in a wide range of environments. These include flood plains, pastures, wetlands, riparian areas, roadsides, and backyards of residential areas. This weed is a problem throughout California where agencies in charge identify it as a noxious weed of enormous ecological concern.

Getting Rid of Peppergrass

The plants form new shoots from root buds in springtime. They form low-growing rosettes and flowering stems. The flowers produce seeds that mature in mid-summer. Peppergrass control is difficult since peppergrass weeds produce vast amounts of seeds. Their seeds grow quickly if they have enough water.

Root segments produce buds that can generate new shoots. Peppergrass weeds store water in their extensive root system. This gives them a competitive advantage over other plants, where they crowd thickly into open areas and wetlands, shouldering out native plants that are beneficial to the environment. They can infest entire waterways and irrigation structures.

Cultural control of pepperweed plants starts with establishing competitive perennial vegetation. If your fields are full of vigorous sod-forming grasses, it will impede the spread of perennial pepperweed. Peppergrass control can also be achieved by planting herbaceous perennials in close rows, using shade trees, and applying fabric or plastic mulches. You can also remove young plants by hand pulling them out.

Burning is a good way of getting rid of accumulated thatch. Mowing is also useful for breaking up the mass of pepperweed, but it must be combined with herbicides. Otherwise, it produces new growth.

Several herbicides available in commerce will control peppergrass weeds. You may have to apply them several times a year for several years to get rid of a dense buildup.