What Is Sea Fennel: Tips On Growing Sea Fennel In The Garden 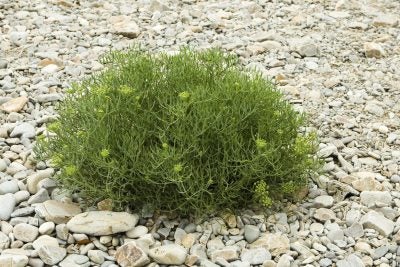 Sea fennel (Crithmum maritimum) is one of those classic plants that used to be popular but somehow fell out of favor. Just like a lot of those plants, it’s starting to make comeback – especially in high-end restaurants. So, what is sea fennel? Keep reading to learn more about how to grow sea fennel and sea fennel uses.

At its roots, sea fennel was a favorite food foraged on the coasts of the Black Sea, the North Sea, and the Mediterranean. Also known as Samphire or Rock Samphire, it has a rich, salty taste and has a place in a lot of traditional European cooking.

Growing sea fennel opens up a lot of culinary opportunities. Sea fennel uses in cooking range from pickling to steaming to blanching. It is necessary to cook it briefly before eating, but a light blanching is all it takes to make an excellent side dish.

Due to their natural saltiness, sea fennel plants pair especially well with shellfish. They also freeze well– just lightly blanch them and freeze them overnight laid out in a single layer on a baking sheet. The next morning, seal them in a bag and return it to the freezer.

How to Grow Sea Fennel

Growing sea fennel in the garden is very easy. Although it’s used to salty coastal soil, it will do well in any well-draining soil and has actually been cultivated in gardens in England for centuries.

Sow your sea fennel seeds indoors a few weeks before the average last frost. Transplant the seedlings outside after all chance of frost has passed.

Sea fennel plants can tolerate some shade, but they’ll perform best in full sun. It’s a good idea to dig a large hole and fill the bottom of it with gravel to make drainage easier. Allow the soil to dry out between waterings.

Harvest young leaves and stems throughout spring and summer by handpicking or cutting with scissors – similar to the harvesting of most common herb plants.