Cold Hardy Sugarcane Plants: Can You Grow Sugarcane In Winter 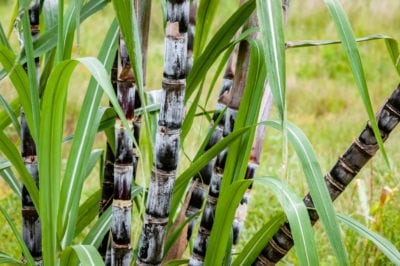 Sugarcane is an incredibly useful crop. Native to tropical and subtropical climates, it does not usually fare well in cold temperatures. So what’s a gardener to do when they want to try growing sugarcane in a temperate zone? Is there any way around it? What about sugarcane for cool climates? Keep reading to learn more about selecting low temperature sugarcane varieties and growing sugarcane that’s cold hardy.

Can You Grow Sugarcane in Winter?

Sugarcane is the common name for the genus Saccharum that grows almost entirely in tropical and subtropical parts of the world. As a rule, sugarcane cannot withstand freezing, or even cool, temperatures. There is, however, one variety of sugarcane that’s cold hardy, called Saccharum arundinaceum or cold hardy sugarcane.

This variety is reported to be cold hardy all the way down to USDA zone 6a. It is grown as an ornamental grass and is not harvested for its canes the way other species of the genus are.

Other Sugarcane for Cool Climates

While it’s possible to grow commercial sugarcane in the southernmost parts of the continental U.S., scientists are working hard to develop varieties that can survive in colder climates and shorter growing seasons, with the hopes of expanding production farther north.

A lot of success has been found in crossing species of sugarcane (Saccharum) with species of Miscanthus, an ornamental grass that has much greater cold hardiness. These hybrids, known as Miscanes, show a lot of promise with two different aspects of cold tolerance.

First, they are able to withstand much lower temperatures without suffering freeze damage. Second, and also important, they keep growing and undergoing photosynthesis at much lower temperatures than traditional sugarcanes. This lengthens their productive growing season considerably, even in climates where they have to be grown as annuals.

The development of cold hardy sugarcane is a hot issue right now, and we can expect some big changes in the upcoming years.