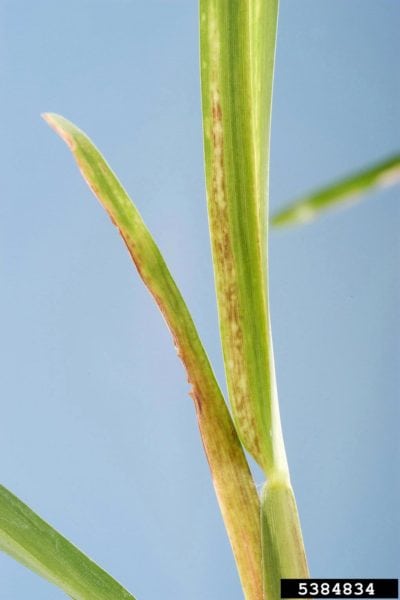 Sugarcane, grown in the tropical or subtropical areas of the world, is actually a perennial grass cultivated for its thick stem, or cane. The canes are used to produce sucrose, familiar to most of us as sugar. Sugarcane products are also used as organic mulch, fuel, and production of paper and textiles.

Although sugarcane is a hardy plant, it can be plagued by sugarcane problems, including various sugarcane pests and diseases. Read on to learn how to identify issues with sugarcane.

Sugarcane pests and diseases are few but do occur. Here are the most common issues you may run into with these plants:

Sugarcane Mosaic: This viral disease shows up by light green discolorations on the leaves. It is spread by infected plant parts, but also by aphids. Maintain proper sanitation and control pests to keep the disease in check.

Banded Chlorosis: Caused primarily by injury due to cold weather, banded chlorosis is indicated by narrow bands of pale green to white tissue across the leaves. The disease, while unsightly, usually doesn’t do significant damage.

Smut: The earliest symptom of this fungal disease is the growth of grass-like shoots with small, narrow leaves. Eventually, the stalks develop black, whip-like structures that contain spores that spread to other plants. The best way to prevent and control smut is by planting disease-resistant varieties.

Rust: This common fungal disease shows up by tiny, pale green to yellow spots that eventually enlarge and turn reddish-brown or orange. The powdery spores transmit the disease to uninfected plants. Rust does significant crop damage in some areas.

Cane Rats: Cane rats, which decimate sugarcanes by gnawing out large areas of the stalks, cause millions of dollars in damage for sugarcane producers. Growers with a rat problem generally set snap traps at 50-feet (15 m.) intervals around the field. Anticoagulant rat controls, such as Wayfarin, are often used as well. The baits are placed in bird-proof or hidden feeding stations around the edges of fields.

Remove weeds every three or four weeks, either by hand, mechanically, or with the careful use of registered herbicides.