Using Yarrow In Compost – Is Yarrow Good For Composting 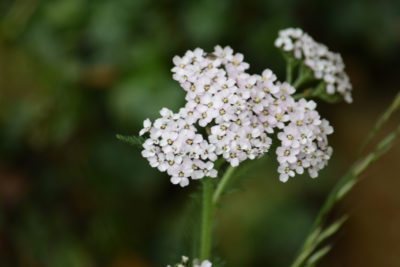 Composting is a great way to do away with garden waste and get free nutrients in return. It’s mostly common knowledge that effective compost needs a good mix of “brown” and “green” material, but if you want to go above and beyond, you can add more specialty ingredients. Yarrow, in particular, is thought to be an excellent addition because of its high concentration of certain nutrients and its ability to speed up the decomposition process. Keep reading to learn more about composting with yarrow.

Is yarrow good for composting? A lot of gardeners say yes. Yarrow plants have a high concentration of sulfur, potassium, copper, phosphates, nitrates, copper, and potash. No matter what, these are beneficial nutrients to have in your compost. In fact, many gardeners use yarrow to make a useful, nutrient rich tea that can be used in a similar fashion to compost tea.

How Does Yarrow Speed Up Decomposition?

Still, there’s more to yarrow than that. It’s also thought by some sources that these high concentrations of nutrients work to speed up the decomposition process of the composting materials around them. This is good – faster decomposition means less time to finished compost and, ultimately, more compost.

How does composting with yarrow work? Most sources recommend chopping up a single small yarrow leaf and adding it to your compost heap. Using yarrow in compost even in such small amounts is, presumably, enough to have a noticeable effect. So what’s the bottom line?

Composting with yarrow is certainly worth a try, but the amount needed is so miniscule that it’s not necessarily worth it to plant an entire crop just for the sake of adding it to the compost pile. If you already have it growing in your garden, however, give it a shot! At the very least you’ll be adding plenty of good nutrients to your eventual compost.

Printer Friendly Version
Read more about Yarrow
<PreviousNext>
Did you find this helpful? Share it with your friends!
FacebookTweetPinEmail
Related Articles
Newest Articles
You might also like…
Additional Help & Information