My Asparagus Is Too Thin: Causes For Thin Asparagus Spears 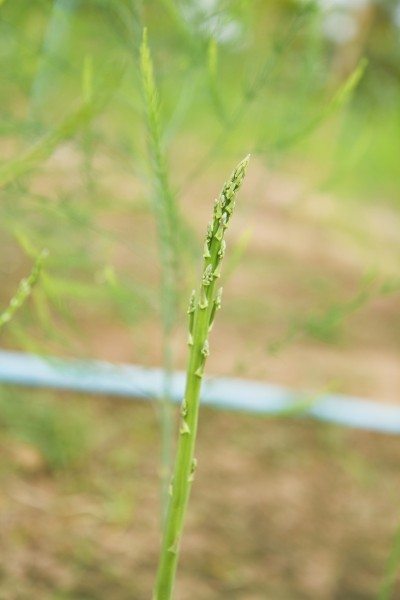 Vegetable gardeners are the lucky ones. What they plant in the spring, they harvest in the summer and fall– except for a few choice crops like asparagus. Since asparagus is a perennial crop, it takes several years before a harvest can take place. Discovering that your asparagus is too thin can be devastating after all that waiting. Don’t worry though; most of the time skinny asparagus stalks can be resolved before your next growing season comes.

Why Shoots on Asparagus are Thin

Thin asparagus spears appear for a number of reasons, but the root cause is ultimately the same: the asparagus crown lacks the rigor to create bigger shoots. Depending on how old your asparagus is, it’s probably due to one of these reasons:

Inappropriate Age – Very young and very old asparagus plants do not yield optimally; this is why it’s recommended to leave young plants unharvested for the first three years and to divide or replace any crowns over ten years of age.

Improper Feeding – Asparagus are somewhat heavy feeders and need all the food they can get in order to build strong spears the following year. Feed your asparagus with about three-quarters pound of 16-16-8 fertilizer for each 10 foot by 10 foot (3 m. x 3 m.) section of your asparagus bed after harvest is complete.

Incorrect Depth – Since asparagus crowns migrate up through the soil over time, it’s important to pay close attention to the depth where they’re growing. In the fall, ensure that yours are covered with 3 to 5 inches (8-13 cm.) of soil. If they aren’t, add compost until they’re well-covered.

Improper Care – After harvest is a touchy time for asparagus plants, and when it’s most likely that a new grower will make a fatal mistake. The ferns that grow from the crown aren’t simply waste material to cut down, they need to be allowed to grow so your asparagus can recharge its batteries. Leave them alone until they begin to yellow and collapse on their own for best spear production.

If you’ve not seen ferns before, your problem may be due to overharvesting. Even with established plants, you shouldn’t harvest asparagus for more than eight weeks. Your plants will tell you when it’s time to stop by producing thin asparagus stalks no thicker than a pencil. Younger plants can usually tolerate a harvest of about half this time.