National Bean Day: Learn About The History Of Green Beans 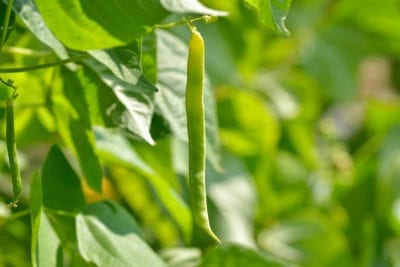 “Beans, beans, the musical fruit” … or so begins a rather infamous jingle sung by Bart Simpson. Green bean history is lengthy, indeed, and worthy of a song or two. There’s even a National Bean day celebrating beans!

According to the history of green beans, they have been a part of our diet for thousands of years, although their appearance has changed somewhat. Let’s take a look at the evolution of green beans in history.

There are actually more than 500 types of green beans available for cultivation. Not every cultivar is green, some are purple, red, or even striated, although the bean inside will always be green.

Green beans originated in the Andes thousands of years ago. Their cultivation spread out into the New World where Columbus came upon them. He brought them back to Europe from his second exploratory voyage in 1493.

The first botanical drawing made of bush beans was done by a German doctor by the name of Leonhart Fuchs in 1542. His work in botany was later honored by naming the Fuchsia genus after him.

Up to this point in green bean history, the type of green beans cultivated prior to the 17th century would have been rather tough and stringy, often grown more as an ornamental than as a food crop. Eventually, though, things began to change. People began to experiment with cross breeding seeking a more palatable green bean.

The result was string beans and stringless beans. By 1889, Calvin Keeney developed snap beans for Burpee. These went on to become one of the most popular varieties of green bean until 1925 when Tendergreen beans were developed.

Even with the new, improved green bean cultivars, beans lacked popularity in part due to their short harvest season. That is until the introduction of canneries and home freezers in the 19th and 20th centuries, whereupon green beans reigned supreme in the diets of many.

Additional snap bean cultivars continued to be entered into the market. The Kentucky Wonder pole bean was developed in 1877 from Old Homestead, a variety produced in 1864. While this cultivar was said to be a snap bean, it still imparted unpleasant stringiness if not picked at its peak.

The greatest snap bean development occurred in 1962 with the advent of Bush Blue Lake, which started out as a canning bean and was regarded as the finest example of green beans available. Many dozens of other cultivars have since been introduced to the market but, for many, Bush Blue Lake remains the clear favorite.

In case you’ve ever wondered, yes, there really is a National Bean Day, celebrated on January 6th each year. It was the brain child of Paula Bowen, who envisioned the day as a way to honor her father, a pinto bean farmer.

This day is impartial, however, and doesn’t discriminate, which means that it is a day of celebrating both shelled beans and green beans. Not only is National Bean Day a time for celebrating beans, but it happens to fall on the day of Gregor Mendel’s death in 1884. Who is Gregor Mendel and what does he have to do with the history of green beans?

Gregor Mendel was an esteemed scientist and Augustine friar who bred pea and bean plants. His experiments formed the basis for modern genetics, the results of which have considerably improved the green beans we regularly eat at the dinner table. Thanks, Gregor.