Types Of Cabbage – Different Cabbages To Grow In Gardens 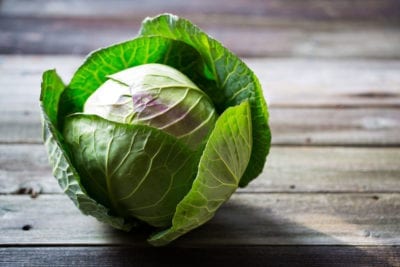 Cabbage has a lengthy history of cultivation. This may be due to the many different varieties of cabbages available to grow. What types of cabbage are there? There are basically six kinds of cabbage with some variations on each type.

About Different Type of Cabbage

Most varieties of cabbage form heads that can weigh anywhere from 1 to 12 pounds (0.5-5 kg.), with each plant producing a single head. The shape of the head varies from rounded to pointed, oblong, or conical. Brussels sprouts are an exception and form multiple heads along a main plant stem with up to 100 sprouts per plant.

Early cabbage varieties can mature in as little as 50 days while Brussels sprouts require 90-120 days to maturity. All varieties of cabbage are members of the Brassica family and are considered to be low-calorie foods that are rich in vitamin C.

Different Kinds of Cabbage to Grow

Both red and green cabbage varieties form round, compact heads. They are commonly used in coleslaw, but their sturdy character lends them well for use in many arenas from stir-frying to pickling.

Savoy cabbages are one of the prettiest types of cabbage with their ruffled, lacy leaves. They also form a rounded head but one that is less compact than those of red or green varieties. The leaves are also more tender and work well used as wraps or when lightly sautéed.

Napa cabbage (also known as Chinese cabbage) has a habit much like romaine lettuce, forming a long head with white ribs edged in a ruffled, light green. It has a milder flavor than some of the other different cabbages to grow combined with a peppery kick.

Bok choy and baby bok choy look somewhat like Swiss chard but with bright white ribs continuing into a brilliant green color. It is commonly found in stir-fries and also works well for braising, which brings out its sweet side.

Brussels sprouts are basically tiny cabbages that grow in groups along a main stem. These little guys will hold for weeks when left on their stalk. They are great roasted or steamed and are often paired with bacon.