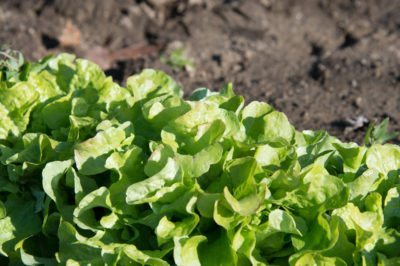 Lettuce, as all crops, is susceptible to a number of pests, diseases, and disorders. One such disorder, lettuce with tipburn, affects commercial growers more than the home gardener. What is lettuce tipburn? Read on to find out what causes tipburn of lettuce and how to manage tipburn in lettuce.

Tipburn of lettuce is actually a physiological disorder similar to blossom end rot in tomato. The symptoms of lettuce with tipburn are exactly as they sound, usually the ends or edges of the leaves browning.

The brown area may be confined to a few small dots at or near the leaf margin or may affect the entire edge of a leaf. Brown veins may occur near the brown lesions. The brown spots merge and eventually form a brown fringe along the margin of the leaf.

What Causes Tipburn in Lettuce?

Tipburn is related to calcium, not low soil calcium, but rather the ability of the rapidly growing tissues of the lettuce to avail itself of the calcium. Calcium is required for strong cell walls. It usually occurs during hot weather when the lettuce is rapidly growing, making for uneven distribution of calcium in the plant. It affects the outer leaves because they are the ones that transpire more than the inner leaves.

Management of Tipburn in Lettuce

Susceptibility to tipburn varies from cultivar to cultivar. As mentioned, crisphead lettuces are less susceptible. This is because they transpire less than leaf lettuces. Plant less susceptible varieties of lettuce to combat tipburn.

Calcium sprays may have some benefit but, again, this disorder is not related to calcium in the soil but rather as to how it is distributed within the plant. What seems to be more important is managing water stress. Consistent irrigation facilitates the transportation of calcium to the plant, which will reduce the incidence of tipburn.

Finally, tipburn is not harmful. In the case of commercial growers, it does reduce salability, but for the home grower, simply snip off the browning edges and consume as usual.

Printer Friendly Version
Read more about Lettuce
<PreviousNext>
Did you find this helpful? Share it with your friends!
FacebookTweetPinEmail
Related Articles
Newest Articles
You might also like…
Additional Help & Information