Propagating Store Bought Mushrooms: How To Grow Mushrooms From Ends 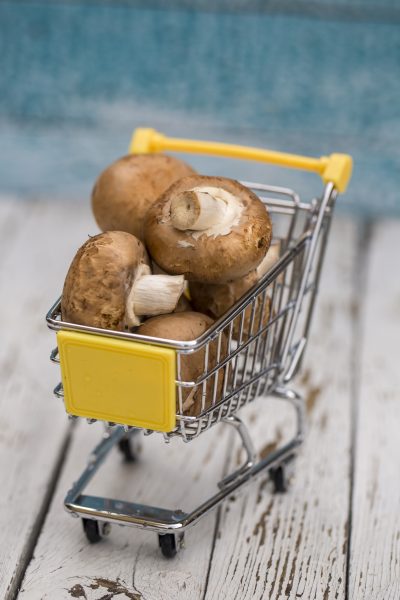 Homegrown mushrooms allow you to enjoy these fungi anytime in your own home. The best variety for home growing is oyster mushrooms, though you can use any type. Store bought mushroom propagation is quite easy, but you should choose fungi from organic sources. Propagating store bought mushrooms from the ends just requires a good fruiting medium, moisture, and the proper growing environment. Read on to learn how to grow mushrooms from ends.

Mushroom “seed” is called spore, spawn, or inoculum. These need a moist humid environment and then become cottony structures called mycelium. You have probably seen mycelium in an overly moist compost bed or even just when digging up soil. The mycelium “fruits” and produces the fungi.

Mycelium bunches up into primordia, which forms mushrooms. The primordia and mycelia are still found in harvested mushrooms at the stem where it once grew in contact with soil. This can be used to produce clones of the mushroom. Simply propagating store bought mushrooms should produce edible copies of the parent fungi.

How to Grow Mushrooms from Ends

Some of the simplest natural processes end up becoming quite complex when humans try their hand at it. Mushroom growing is just such a process. In nature, it is just a combination of luck and timing, but in cultivated scenarios, even getting the proper medium is a chore.

For our purposes, we will use straw as our bedding. Soak the straw for a couple of days and then pull it out of the container. You can use any moistened cellulose material for the bedding, such as hamster bedding or even shredded cardboard.

Now you need a couple of nice, fat, healthy oyster mushrooms. Separate the ends from the tops. The ends are where the fuzzy, white mycelium is located. Cut the ends into small pieces. The best size for growing mushrooms from store bought stems is ¼ inch (6 mm.).

You can use a cardboard box, paper bags, or even a plastic bin to layer your medium. Place some of the straw or other moist material at the bottom and add mushroom end pieces. Do another layer until the container is full.

The idea is to keep all the medium and mycelium damp and in the dark where temperatures are 65 to 75 degrees F. (18-23 C.). To this end, add a layer of plastic with holes poked in it over the box. If you used a plastic container, top with a lid and poke holes in that for air flow.

Mist the medium if it looks like it is getting dry. After about two to four weeks, the mycelium should be ready to fruit. Tent plastic over the medium to preserve moisture but allow the fungi to form. In about 19 days, you should be harvesting your very own mushrooms.