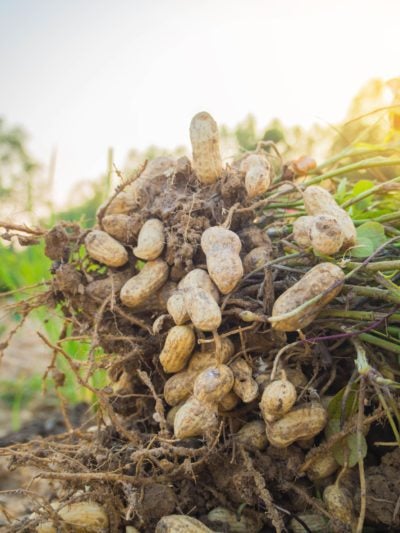 Peanuts are not at the top of the list of the most common plants in the garden, but they should be. They’re relatively easy to grow, and there’s nothing cooler than curing and shelling your very own peanuts. There are just a few varieties of peanuts that are usually cultivated, and the most popular by far is the runner variety. Keep reading to learn more about runner type peanuts and how to grow runner peanut plants.

What are Runner Peanuts?

Runner type peanuts are the most popular peanuts in America. They rose to prominence in the early 1970’s with the introduction of a new variety called the Florunner. The Florunner quickly took off and it and other runner peanuts have since grown to make up the majority of cultivated peanuts, beating out the other major variety, bunching peanuts.

Runner peanut varieties are popular for a few reasons. The plants produce consistently high yields. The kernels are medium in size and very uniform in shape. They’re excellent for roasting, but they’re more frequently used for peanut butter, making up over half of the peanut butter production in the United States where they are grown in Georgia, Florida, Alabama, Mississippi, Texas, and Oklahoma.

How to Grow Runner Peanut Plants

Runner peanuts need warm weather to thrive and, as such, they are mostly grown in the southeast United States. Like other peanuts, they need full sun and somewhat rich, loose, sandy loam.

Peanuts fix nitrogen naturally and, therefore, don’t need much in the way of fertilizer. They take between 130 and 150 days to reach maturity, which means they need a long, frost-free growing season.

Apart from the Florunner, other popular runner varieties include the Southern Runner, the Georgia Runner, and the Sunrunner.

Printer Friendly Version
Read more about Peanuts
<PreviousNext>
Did you find this helpful? Share it with your friends!
FacebookTweetPinEmail
Related Articles
Newest Articles
You might also like…
Additional Help & Information