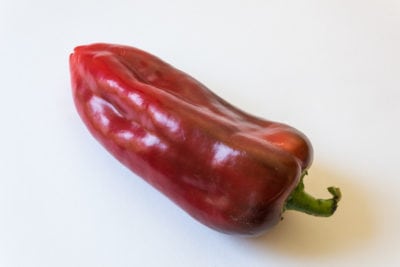 The cubanelle pepper is a tasty sweet pepper named for the island of Cuba. It is popular in European and Latin American cuisine but is gaining popularity among cooks around the world for its bright color and fast cooking time. Keep reading to learn more about cubanelle pepper care and tips for how to grow a cubanelle pepper plant in your garden.

What is a cubanelle pepper? A variety of sweet pepper, the cubanelle is similar in a lot of ways to the ubiquitous bell pepper. Unlike its cousin, however, it has a long, tapered shape that usually reaches 5 to 7 inches (13-18 cm.) in length. It tends to twist and bend as it grows, giving it a unique, rustic appearance.

The walls of the fruit are thinner than those of a bell pepper, which means it cooks much more quickly. This makes it a favorite in sautéing and frying recipes, particularly in Italian, Spanish, and Slavic cuisine. The peppers have a sweet and mild flavor.

They start in shades of bright yellow to green, and ripen into a striking red. They can be picked and eaten when they are any color. Plants tend to reach 24-30 inches (60-75 cm.) in height. Mature fruits are ready to start being picked 70-80 days after planting.

How to Grow a Cubanelle Pepper Plant

Cubanelle pepper care is very straightforward. In fact, growing cubanelles is a lot like growing bell peppers. The seeds should only be sown in the ground in climates with very long growing seasons. For most gardeners, the seeds should be started indoors 4-5 weeks before the average last frost and only planted out after all chance of frost has passed.