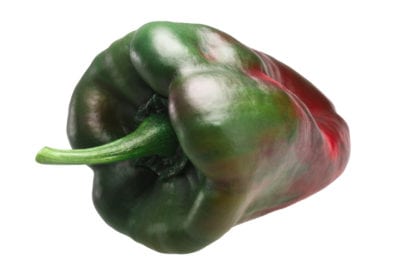 Dolmalik Biber peppers are heirloom ancho type peppers hailing from the country of Turkey where they are often served stuffed with seasoned minced beef as delicious Turkish dolma.

The peppers can be anywhere from light green to a reddish brown and have a rich, smoky/sweet flavor with a bit of heat that varies depending upon growing conditions. These peppers are around 2 inches (5 cm.) across and 4 inches (10 cm.) long. The plant itself grows to around 3 feet (just under a meter) in height.

Dolmalik peppers have several uses. Not only are Dolmalik Biber used as dolma, but when dried and powdered are used to season meat. They are often roasted as well, which brings out their smoky sweet flavor.

During the harvest season, these peppers are often cored and the fruit left to sun dry which concentrates their rich, peppery flavor. Prior to use, they are simply rehydrated in water and then ready to stuff or dice into other dishes.

Dolmalik peppers can be grown in USDA zones 3 to 11 in well-draining soil. Space the plants 2 feet (61 cm.) apart in full sun when growing Dolmalik peppers.