Fixing Thin Wall On Peppers: How To Grow Thick-Walled Peppers 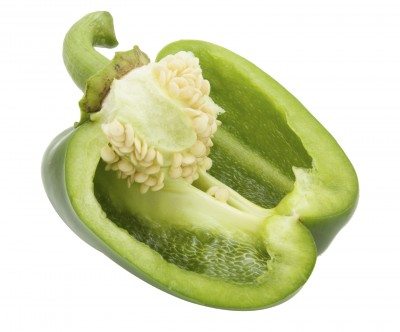 Are you growing peppers this year with limited success? Maybe one of your issues is thin pepper walls. The ability to grow plump, thick-walled peppers takes more than just luck. Why do you have peppers with thin walls? Read on to learn how to grow thick-walled peppers.

Reasons for a Thin Wall on Peppers

There are a number of reasons for having thin walls on peppers.

The most elemental reason when pepper walls are not thick is that immature fruit is being picked. Sometimes it’s hard to tell when fruit is ripe, or sometimes patience isn’t one of our virtues. Many peppers appear to be full sized, so we pick them only to find a thin wall on the peppers. The smoothness of the pepper is related to its thickness– wavy, gnarled peppers are more likely to have pepper walls that are not thick.

Gardeners in hot regions need to be especially patient with big bells and sweet roasting peppers. Both of these tend to wait until the nights are longer and cooler in late summer before fruiting and plumping up. These folks may want to plant banana peppers or sweet non-bells, which will ripen in time to use those bumper crops of tomatoes and basil. Peppers need time on the plant to absorb nutrients and water and plump up their flesh, so pack your patience.

Another reason for thin pepper walls is water. Firmness of pepper flesh is directly related to lack of water. Peppers like moist, not wet, well-draining soil. Prior to planting, work some organic matter into the soil to enhance water retention. During hot spells, keep the soil moist by using mulch. Inconsistent watering not only engenders thin walls on peppers, but makes the fruit bitter tasting.

Peppers are heavy feeders. Immature peppers do not start with thick walls, they grow into them as the fruit absorbs water and nutrients. A reliable soil test may be in order. Peppers grow best in soil with a pH of between 6.2 and 7.0, but they can tolerate a slightly more alkaline soil as well.

Either too much or too little of a nutrient can cause problems. For example, potash found in the soil can inhibit nitrogen uptake. Then again, a lack or surplus of zinc may hamper the plant’s ability to utilize iron and magnesium. Calcium and potassium are the primary nutrients responsible for building thick walls in peppers.

Fertilizing can be tricky. Too much fertilizer will make the foliage develop at the expense of pepper production. Work a 5-10-10 fertilizer into the soil just before transplanting. That is usually sufficient, but you can also side dress the plants with a sprinkle of 5-10-10 when the plants begin to bloom.

Lastly, thin walled bell peppers may be the result of certain cultivars. Some cultivars are prone to thicker walls than their counterparts. Try planting any of the following varietals for large, thick walled, sweet fruit: