Jalapeno Peppers Too Mild: Reasons For No Heat In Jalapenos 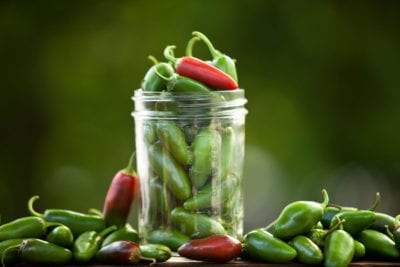 Jalapeños too mild? You’re not alone. With a dizzying array of hot peppers to choose from and their vibrant colors and unique shapes, growing various varieties can become an addiction. Some people grow peppers simply for their ornamental qualities and then there are the rest of us.

I am extremely fond of spicy food and it is fond of me as well. Out of this marriage has grown a desire to cultivate my own hot peppers. A good place to start seemed to be growing jalapeño peppers, since they are spicy, but not deadly. One problem though; my jalapeño peppers are not hot. Not even a little bit. Same issue from my sister’s garden sent to me via text with a terse message of, “No heat in jalapeños”. Okay, we need to do some research to find out how to get hot jalapeño peppers.

How to Get Hot Jalapeño Peppers

If you have no heat in your jalapeños, what could be the problem? First of all, hot peppers like sun, preferably hot sun. So numero uno, make sure to plant in full sun to prevent future issues with jalapeños not getting hot.

Secondly, to repair the horrendous issue of jalapeños not getting hot enough, or at all, cut back on water. The ingredient in hot peppers which gives them that zing is called capsaicin and is referred to as the pepper’s natural defense. When jalapeño plants are stressed, as when they are lacking water, the capsaicin increases, resulting in hotter peppers.

Jalapeño peppers too mild still? Another thing to try to correct the jalapeños not getting hot is to leave them on the plant until the fruit has fully matured and is a red color.

When jalapeño peppers aren’t hot, another solution may be in the fertilizer you use. Refrain from using fertilizer high in nitrogen since nitrogen encourages foliage growth, which sucks the energy from fruit production. Try feeding with potassium/phosphorus based fertilizer like fish emulsion, kelp, or rock phosphate to alleviate the “jalapeño peppers are too mild” matter. Also, fertilizing generously tends to make jalapeño peppers too mild, so hold back on fertilizing. Stressing the pepper plant leads to more capsaicin concentrated in fewer peppers, which equals hotter fruit.

Another thought to fix this perplexing problem is to add a bit of Epsom salt to the soil — say about 1-2 tablespoons per gallon (15 to 30 mL per 7.5 L) of soil. This will enrich the soil with the magnesium and sulfur peppers require. You may also want to try adjusting the pH of your soil. Hot peppers thrive in a soil pH range of 6.5 to a neutral 7.0.

Cross pollination may also be a factor in creating jalapeño peppers that are too mild. When chili plants are grouped too close together, cross pollination may occur and subsequently alter the heat level of each particular fruit. Wind and insects carry the pollen from one variety of pepper to another, contaminating the hot peppers with pollen from peppers lower on the Scoville scale and rendering them a milder version and vice versa. To prevent this, plant the different varieties of peppers far away from each other.

Likewise, one of the simplest reasons for too little heat in a jalapeño is choosing the wrong variety. Scoville unit measures actually vary among different types of jalapeño, so this is something to consider. Here are some examples:

And lastly, if you want to avoid a succinct message stating “jalapeño peppers not hot,” you can try the following. I have not tried this myself but read about it, and hey, anything is worth a shot. It has been said that picking the jalapenos and then leaving them on the counter for a few days will incrementally increase their heat. I have no idea what the science is here, but it might be worth a try.