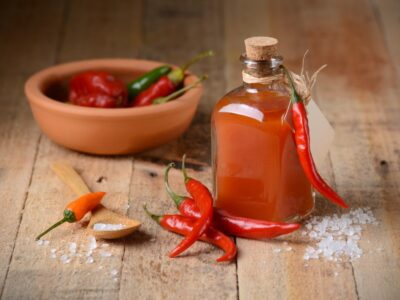 Bottles of Tabasco® brand pepper sauce are a common sight on restaurant tables and grocery store shelves. This spicy condiment has a definite hot pepper taste, but is Tabasco a pepper variety, or is the sauce made from any number of hot pepper cultivars?

Believe it or not, there is such a thing as a Tabasco pepper plant. Here’s what you need to know in order to grow these peppers for your own version of homemade hot pepper sauce.

Is Tabasco a Pepper That Home Gardeners Can Grow

This iconic hot pepper is native to the state of Tabasco in the coastal region of southeast Mexico. In this frost-free environment, it’s not uncommon for a Tabasco pepper plant to reach heights of nearly 6 feet (1.6 m.) tall. Like other peppers, Tabasco (Capsicum Frutescens) is a perennial that is more often grown as an annual in the cooler climates of North American gardens.

It was Edmund Mcllhenny who made this pepper’s name a household word. During the reconstuction period following the Civil War, Edmund developed his own recipe for a pepper sauce made from the fruit of the Tabasco pepper plant.

As a means to spice up southern cooking, its subsequent rise in popularity has made the Tabasco® brand the most popular hot pepper sauce in the world. Five generations later, Tabasco® brand pepper sauce is still manufactured on Avery Island, Louisiana and is sold in more than 180 countries and territories worldwide.

Although Mcllhenny’s recipe is a guarded trade secret, home gardeners can grow Tabasco peppers and try their hand at making their own version of a homemade spicy pepper sauce. But be warned, the tabasco pepper Scoville rating ranges from 30,000 to 50,000 heat units. In comparison, Jalapenos rank much milder at 2,500 to 10,000 heat units.

How to Grow Tabasco Pepper Plants

Like other pepper varieties, start Tabasco chili pepper seeds 8 to 10 weeks prior to the last frost date for your area. Cultivate seedlings in a similar manner as other pepper varieties and harden off plants before transplanting into the garden. These hot peppers are highly productive. The average gardener is likely to find one or two plants provide satisfactory yields for home use.

Tabasco chili peppers ripen to a range of colors including bright yellow, orange and red. With the tabasco pepper Scoville rating in the mid to hot range, using gloves when harvesting and handling the fruit is suggested. Remove the peppers from the plant with scissors to prevent broken stems and reduced yields.

Tabasco chili peppers can be preserved by drying or freezing, but it’s common to grow this variety for use in the preparation of a hot pepper sauce. Hot pepper sauces can be crafted using Tabasco peppers, vinegar and salt. Recipes for both fermented and unfermented versions are readily available.