Self Sowing Veggies: Reasons For Planting Vegetables That Self Seed 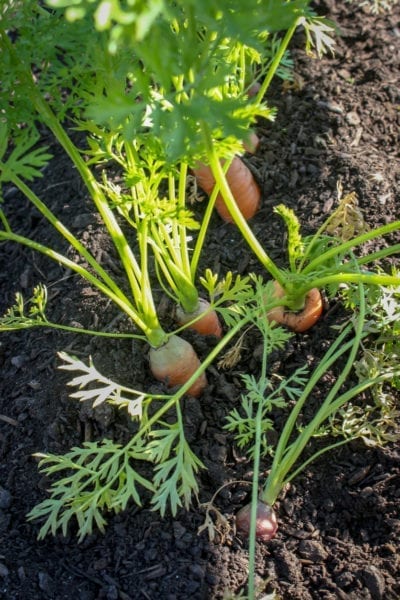 Plants flower so they can reproduce. Vegetables are no exception. If you have a garden then you know what I’m talking about. Every year you will find evidence of self-sowing veggies. For the most part, this is great because there’s no need to replant, but other times it’s more like an interesting science experiment, such as when two squash have cross pollinated and the resulting fruit is a mutant. Given that most often self-seeding vegetables are a boon, read on for a list of vegetables you don’t have to replant.

About Vegetables That Self Seed

Those who grow their own lettuce know about vegetables that self-seed firsthand. Invariably, the lettuce will bolt, which simply means that it goes to seed. Literally, you can have looked at the lettuce one day and the next it has mile high flowers and is going to seed. The result, when the weather cools, may be some nice little lettuce starts.

Annual veggies aren’t the only ones that self-seed. Biennials such as onions will easily self sow. Errant tomatoes and squash that have been haphazardly tossed into the compost pile will also often self sow.

Vegetables You Don’t Have to Replant

As mentioned, the Alliums such as onions, leeks, and scallions are examples of self-seeding vegetables. These biennials overwinter and in the spring flower and produce seeds. You can either collect them or allow the plants to re-sow where they are.

Carrots and beets are other biennials that self-sow. Both will self-seed if the root survives the winter.

Most of your greens such as lettuce, kale, and mustard will bolt at some point. You can speed things up by not harvesting the leaves. This will signal the plant to go to seed ASAP.

Radishes are also self-sowing veggies. Allow the radish to go to seed. There will be multiple pods, each containing seeds, which are also actually edible.

In warmer zones with two growing seasons, volunteers of squash, tomatoes, and even beans and potatoes may surprise you. Cucumbers left to ripen from green to yellow to sometimes even orange, will eventually burst and become a self-sowing veggie.

Vegetables that self-seed make for an inexpensive way to maximize our crops. Just be aware of a couple of things. Some seeds (hybrids) will not grow true to the parent plant. This means that hybrid squash or tomato seedlings will likely taste nothing like the fruit from the original plant. Plus, they can cross pollinate, which might leave you with a really cool looking squash that looks like a combination between a winter squash and a zucchini.

Also, getting volunteers from crop debris isn’t exactly desirable; leaving debris in the garden to overwinter increases the chances that diseases or pests also overwinter. It’s a better idea to save seeds and then plant fresh each year.

You don’t have to wait for Mother Nature to sow the seeds. If you would rather not have another crop in the same area, keep an eye on the seedhead. Just before it gets too dry, snip it off the parent plant and shake the seeds over the area where you want the crop to grow.