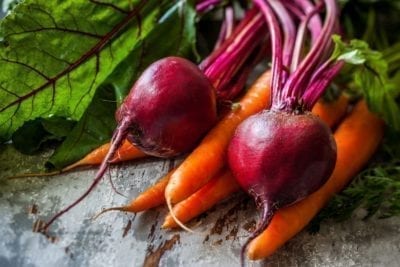 Have you ever eaten a carrot or turnip that’s way sweeter than you’re used to? It’s not a different species – chances are it was just grown at a different time of the year. Not everyone realizes that certain vegetables, including many root crops, actually taste much better when they’re grown in the winter. Keep reading to learn more about roots that get sweet with frost.

Why Do Root Vegetables Get Sweeter With Cold?

Winter sweetening is a phenomenon you often see in vegetables that grow naturally in cold weather. While the first frost of fall will kill lots of plants, there are many varieties, root crops in particular, that will survive these much colder temperatures.

This is due, in part, to their ability to convert starch into sugar. Over the course of the growing season, these vegetables store up energy in the form of starches. When temperatures start to drop, they convert these starches into sugars, which act as an anti-freezing agent for their cells.

This change doesn’t happen overnight, but as long as you pick your root vegetables sometime after the first frost of autumn, chances are good that they’ll taste a lot sweeter than if you’d picked them in the summer.

What are Some Roots That Get Sweet with Frost?

Carrots, turnips, rutabagas, and beets are all roots that get sweet with frost. Some other vegetables that get sweet in winter are cole crops such as brussels sprouts, broccoli, and kale, as well as most leafy greens.

But there’s one plant for which winter sweetening is NOT beneficial: potatoes. Potatoes undergo the same cold sweetening process as all these other plants, but the result isn’t as sought after. Potatoes are prized for the starchiness they build up during the summer. Sugar conversion not only takes away those starches, it causes the flesh of the potato to turn dark brown when cooked.

Have you ever eaten a potato chip that had a dark spot on it? Chances are good that potato got a little too cold before it became a chip. But potatoes are the exception. For other cold hardy root crops, the best time to plant them is in late summer so they’ll be ready to harvest in the winter, when they’re at peak sweetness.