Oxygen For Plants – Can Plants Live Without Oxygen 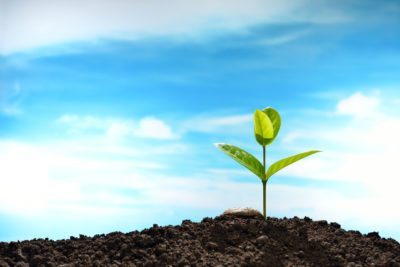 You probably know that plants generate oxygen during photosynthesis. Since it’s common knowledge that plants take in carbon dioxide and release oxygen into the atmosphere during this process, it may be a surprise that plants also need oxygen to survive.

In the process of photosynthesis, plants take in CO2 (carbon dioxide) from the air and combine it with water absorbed through their roots. They use energy from sunlight to turn these ingredients into carbohydrates (sugars) and oxygen, and they release extra oxygen to the air. For this reason, the forests of the planet are important sources of the oxygen in the atmosphere, and they help keep the level of CO2 in the atmosphere low.

Is Oxygen Necessary for Plants?

Yes, it is. Plants need oxygen to survive, and plant cells are constantly using oxygen. Under certain circumstances, plant cells need to take in more oxygen from the air than they generate themselves. So, if plants generate oxygen through photosynthesis, why do plants need oxygen?

The reason is that plants respire too, just like animals. Respiration doesn’t just mean “breathing.” It is a process that all living things use to release energy for use in their cells. Respiration in plants is like photosynthesis run backwards: instead of capturing energy by manufacturing sugars and releasing oxygen, cells release energy for their own use by breaking down sugars and using up oxygen.

Plant cells are respiring constantly. When leaves are illuminated, plants generate their own oxygen. During times when they can’t access light most plants respire more than they photosynthesize, so they take in more oxygen than they produce. Roots, seeds, and other parts of plants that don’t photosynthesize also need to consume oxygen. This is part of the reason plant roots can “drown” in waterlogged soil.

A growing plant still releases more oxygen than it consumes, overall. So, plants, and the plant life of the earth, are major sources of the oxygen that we need to breathe.

Can plants live without oxygen? No. Can they live on just the oxygen that they produce during photosynthesis? Only in the times and places where they are photosynthesizing faster than they are respiring.