How To Grow Neeps And Tatties For Burns Night Supper 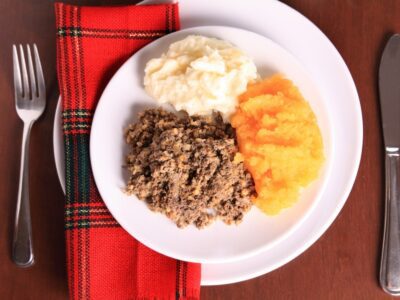 Robert Burns, aka Rabbie Burns, was an 18th century Scottish poet. He is the national poet of Scotland and one best known for his writing in the native language. He also dabbled in song writing, with one of his best know works being Auld Lang Syne, still popular today. Burns Day is a commemoration of his birthday, January 25th, and is still widely celebrated today in Scotland. It features a classic Burns supper, which comprises haggis served with neeps and tatties. What are neeps and tatties? We know them as turnips and potatoes, but neeps also referred to rutabagas.

In Scotland, Burns Day is perhaps the most vigorously celebrated national holiday. What is Burns Night? On the fifth anniversary of Burns’ death, several of his friends held a dinner in his honor. It was a resounding success and set off successive annual celebrations. Today’s celebrations include bonfires across the nation in the evening, combined with music and readings of the poet’s works. It also has become a cultural event saluting Scottish dance and other traditions.

Five years after the “Ploughman’s Poet’s” death, a group of his friends got together to celebrate his life. The event included a meal, which was rather common at the time. Haggis was served with neeps and tatties on the side. Haggis is the national dish made from animal offal, oatmeal, suet, and spices all stuffed inside an animal’s stomach. Today’s versions often omit the last. Because the dinner was held in the winter, it was accompanied with vegetables that had been stored since harvest. These were primarily root vegetables which were stored in the cool, dark of a cellar. Potatoes, rutabaga, or turnips rounded out the meal because they were available. And what meal would be complete without Scottish whiskey?

What Do We Do on Burns Night?

This national holiday has become an extensive festival. Scottish music and parades occupy the streets. Speeches are made and poetry recited. Burns’ songs are sung and street dancing features prominently. The current Makar, or national poet, will provide a reading of one of the “Ploughman Poet’s” greatest works. There are vendors and food stalls dotted in city squares. Bonfires are a hallmark of Burns night. Originally these were for cooking and warming, but also added a festive air to a winter party. The feast itself is begun by saying Selkirk Grace, a prayer to bless all and the food. A famous poem is recited by the host. It is “Address to a Haggis.” Everyone toasts the haggis, dines, and have dessert and drinks to finish the evening.

Potatoes are one of the easier foods to grow. They need loose well draining soil or they become deformed and stunted. Each eye of a potato has the potential to grow a plant. Cut the seed potato into pieces, each containing and eye, and let the pieces dry for a day prior to planting. Plant each piece 4 inches (10 cm.) beneath loose soil. When plants are 8 inches (20 cm.) tall, top them with soil to almost the tops of the plant.

Turnips are planted from seed. Sow directly into soil and thin to 2 inches (5 cm.) apart. Both potatoes and turnips have average water needs, and both can be harvested when juvenile or full size. Rutabagas have similar cultivation requirements to turnips.