Plants And Talking: Should You Talk To Your Plants 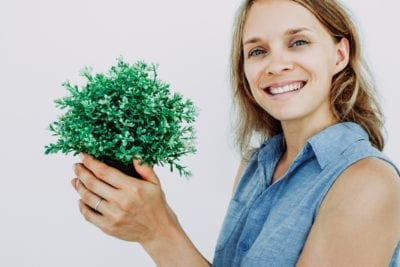 Dr. Doolittle talked to the animals with excellent results, so why shouldn’t you try talking to your plants? The practice has an almost urban legend legacy with some gardeners swearing by it while others nay say such sentimental culture. Do plants respond to voices though? There are many compelling studies that seem to point to a rousing “yes.” Keep reading to see if you should talk to your plants and what benefits can be reaped.

Many of us had a grandmother, aunt, or other relative that seemed to have a very close relationship with their plants. Their gentle murmurings as they watered, trimmed, and fed their floral darlings supposedly made the plants grow better. Don’t feel crazy if you like talking to plants. There is actually a science behind the practice.

There are many studies verifying that plant growth is influenced by sound. At 70 decibels, there was increased production. This is the level of the average human conversational tone. Plant experiments using music have been done but very little study has gone into plants and talking.

So, should you talk to your plants? There is no harm to them and it may give you a psychological boost. Spending time with plants is calming and promotes good human health, both mentally and physically.

The Royal Horticultural Society did a month-long study involving 10 gardeners. Each participant read to a tomato plant daily. All grew larger than control plants but the ones that experienced female voices were an inch (2.5 cm.) taller than those with male talkers. While this isn’t strictly science, it does start to point the way to some potential benefits in talking to plants.

The notion goes back to 1848, when a German professor published “The Soul Life of Plants,” which indicated that plants benefited from human conversation. The popular TV show, Myth Busters, also conducted an experiment to determine if growth was influenced by sound and the results were promising.

Benefits of Talking to Plants

Outside of the obvious de-stressing benefits to you, plants also experience several verified responses. The first is the response to vibration which turns on two key genes that influence growth.

The next is the fact that plants increase photosynthesis production in response to carbon dioxide, a by-product of human speech.

One thing is for sure. Plants are influenced by all of the environmental changes around them. If these changes are good health and growth and caused by your reading the paper or a book of poetry to your plant, then the lack of science doesn’t matter. Nobody who loves plants is going to call you nutty for trying – in fact, we will applaud.