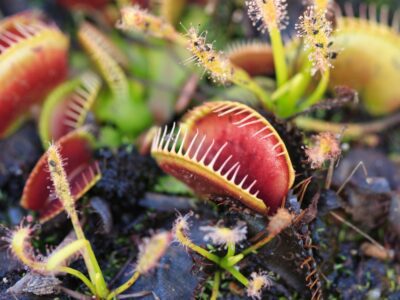 Climate change, overharvesting, disease, insects, and many more factors are responsible for the loss of much of our plant life. These irreplaceable plants have special niches in ecosystems, making the loss of even one a cataclysmic event. When a plant is threatened, it causes an entire bionetwork to alter and sometimes fail. There are many imperiled plants, some of which are surprising endangered species.

Human actions are a large reason for endangered plant species. Some of these plants may be commonly found in cultivated settings but are actually imperiled in their native regions. Many of these plants are indigenous to just a small area and their loss would change the fabric of nature. It is important to recognize endangered plants so we can prevent habitat loss and foster conservation.

Outside of natural causes and manmade perils, many endangered plants are harvested illegally and are found for sale on the internet. Scientists at the University of Notre Dame found that 10% of plants and seeds advertised online were endangered. Worse yet, the plants were offered to ship across various state boundaries, an illegal activity. Cycads are one of earth’s oldest plant species, but have become threatened. Yet, they are readily available on the internet. Stinking cedar, many species of orchid, cacti, succulents and more are part of this illegal trade, too.

Many of our imperiled plant species would be a revelation. In certain regions, they may be quite common, even though through their entire range there may be none of the plants.

Those cute little Venus flytraps can be found anywhere plants are purchased. Charming and a bit spooky, they are a novelty plant that is actually threatened. Found only in a 75 mile radius in North and South Carolina, their habitat of longleaf pine forests is dwindling, but poaching is a problem as well.

Another federally endangered plant is the smooth purple coneflower, kin of the common coneflower. Habitat loss is the primary culprit to its populations.

The San Marcos River in Texas is the only site for Texas wild rice (Zizania texana) to grow but low water levels are a threat.

Once considered extinct, Short’s goldenrod was rediscovered, but there are only 2 known populations.

Some trees that we see quite often as landscape plants are actually imperiled. Monkey trees, the Giant redwood, star magnolia, wild apple, baobab, and Brazil-nut tree are but a few. There are over 10,000 trees worldwide considered threatened. Climate change, overdevelopment, loss of habitat, and even lack of demand, as in the case of the cork oak, are driving loss of these important trees.