Plants Of The Boreal Forest Or Taiga Biome 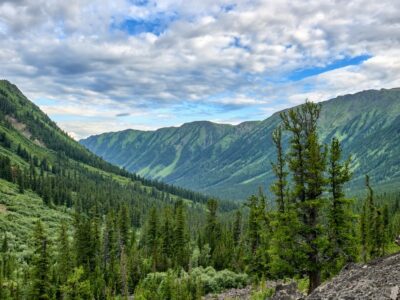 It’s the largest terrestrial biome on the planet: the taiga boreal forest, and you might not want to move there. The taiga region experiences long, bitterly cold winters, chilled by arctic winds and short, wet summers. Days are brief in winter, long in summer. That leads to questions about what kinds of plants could thrive in the inhospitable taiga area. Boreal forest plants are tough and cold tolerant. Read on for more info about taiga biome plants.

Plants in a Boreal Forest

The wide ribbon of taiga boreal forest extends across the top of North America, Europe, and Asia, just south of the arctic tundra. Additional taiga can be found at high elevations in the mountainous western region of North America. North American taiga was covered with glaciers at one time, and as these glaciers receded, they left gouges that filled with rainwater, creating lakes and bogs.

Taiga plants have to tolerate very harsh growing conditions in order to survive. The winters are extremely cold, with heavy snowfall that can break branches and powerful winds capable of felling trees. There is little sun in the short days of winter, so taiga plants have to be able to create sufficient energy with reduced sunlight.

Plants that Are in the Taiga

The taiga cannot sustain the plant life of other biomes — its weather is so different and the soil so thin and poor. The severe climate means that the taiga has less diverse flora. Most trees in the boreal forest are evergreen conifers like pines, spruces, and firs.

Conifers are ideal for boreal forest weather conditions. Their pointy shape allows heavy snows to slide right off the tree branches instead of setting up branch collapse. Conifers are also evergreens, holding onto their needle-leaves all winter. That is beneficial in the harsh region since growing new leaves every year requires much energy.

The fact that conifers have thin needles with a waxy protective coating is another adaptation to the weather in the taiga. Their dark color also helps the tree stay warm by absorbing the maximum solar energy for photosynthesis.

Generally, the conifers form a dense canopy, leaving the ground below largely in shade. Only a few deciduous species appear in the taiga. Oak, birch, willow, and alder are among them, showing up in wet, disturbed areas of the taiga.

The subcanopy can include mountain maple and mountain ash. In areas where aspen and/or birch make up large swaths of the canopy, conifers appear in the subcanopy. Dogwood, alder, and soapberry may grow in the understory.