What Is A Plant Pup – What Do Plant Pups Look Like 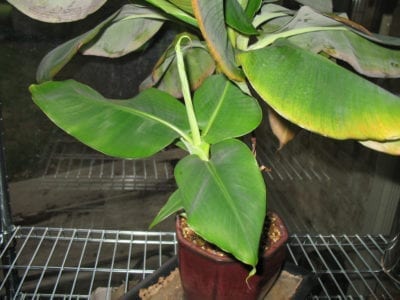 Plants have numerous methods of self-propagation, from sexual seed reproduction to asexual reproduction methods like producing offshoots, known as pups. As plants reproduce and naturalize in the landscape, it can be difficult to distinguish between different garden varieties and weeds. There are a few simple ways to identify a plant pup, though. What is a plant pup? Continue reading for that answer and tips on plant pup identification.

What is a Plant Pup?

Plant pups may also be referred to as offshoots, sister plants, or even suckers. Though “suckers” can have a negative connotation, plants do have very good reasons for producing these offshoots. Plants that are dying back from illness or old age will sometimes produce new plant pups from their root structures in an attempt to carry on their legacy.

For example, bromeliads tend to be short-lived plants that die back after only flowering once. Yet, as the bromeliad plant dies back, the plant redirects its energy to root nodes, signaling them to form into new bromeliad plants that will be exact clones of the parent plant and grow in the same general spot.

In other cases, plants may produce pups while they are still very much alive, simply to form colonies because there is safety in numbers or they benefit otherwise from close companions. The most famous, and largest, example of a colony of plant pups is an ancient colony of quaking aspen trees sharing a root structure in Utah.

This colony is known as Pando, or the Trembling Giant. Its single root structure encompasses over 40,000 trunks, which all began as small offshoots, or pups, and occupy 106 acres (43 hectares). Pando’s root structure is estimated to weigh about 6,600 tons (6 million kilograms). This massive root structure helps the plant soak up water and nutrients in the sandy soils and arid conditions of the Southwestern United States, while the canopy of taller trees provides shelter and protection to young pups.

In the landscape, we may love a certain plant, but we usually don’t want it to take over a hundred acres. Though I truly love the colony of red milkweed I grow each summer for butterflies, I certainly don’t have acres to let it spread. As new pups form from lateral roots just below soil level, I tend to them and check their progress.

Once the pups have formed their own roots, I can sever them from the parent plant and pot them up to share the milkweed plants with friends or feed them to my cage-reared monarchs. With proper plant pup identification, many favorite garden plants can be transplanted and shared this way.

It can be much easier to identify a plant pup than a seedling. For one thing, a plant pup will generally be near its parent plant, oftentimes growing right from the base of the parent. However, even if the pup is produced on long lateral roots and spread away from the plant, it will still be connected to a root of the parent plant.

Unlike plants produced by seed, plant pups are asexually propagated and will usually look just like miniature clones of their parent plant.