What Is A Lanai – Tips For Building A Lanai 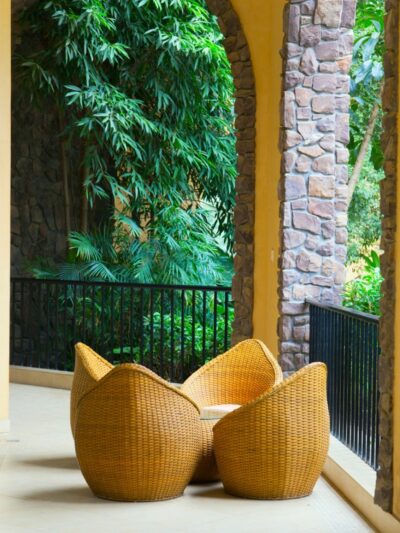 Summer brings with it the prospect of lazy lounging outdoors; it also brings the threat of sunburn, pesky insects, and sudden storms. Building a lanai porch will protect you and yours from summer’s harsh rays and accompanying problems. What is a lanai? It is a simple extension of your home that allows you to spend more of your time out rather than indoors. Decorating a lanai or creating a lanai garden adds to the sense of bringing your living room out into the great outdoors.

What is a Lanai?

The term lanai is Hawaiian in origin and was first used in the late 1860’s to describe a roofed structure or porch with open sides. The benefit of a lanai porch is to enable the user to access the outdoors year round.

Some lanais are screened to keep insects at bay and some have paneled glass or plastic “walls” that can be removed when the weather is pleasant.

Some lanais may be built “under-truss” which means the enclosure walls are secured to the roof making the lanai safer in the event of sudden severe storms.

Difference Between a Lanai Porch and Patio or Veranda

A patio has a paved or other hard surface abutting the exterior of the home but lacking a roof. A porch or veranda has wood floors and is attached to the home with a roof.

A lanai porch has a roof covering it, has a solid often concrete floor that is associated with the home floorplan and is usually enclosed with screening or glass.

When building a lanai, think of it as an extension of your home. Decorating a lanai porch makes it feel like an additional room of the home.

Most lanais have comfy weather proof furniture, tables, chairs, plush pillows and outdoor area rugs. A lanai might also contain a built in bar or bar cart, stereo feature or even a big screen TV.

A lanai is also a great place to utilize potted plants to create a sort of lanai garden, bringing the outdoors inside. Depending on the location of your lanai with regards to sun exposure, plants might be shade lovers or sun worshippers, tropical or useful like potted herbs or a citrus tree.

Lanais come in all sizes; it really depends on how much space and money you have. Large lanais may even include a swimming pool!

The average cost of building a screened in lanai ranges from $1600 to $2000. Of course if you want all the bells and whistles the cost increases from there.

Before building a lanai, consider your site. If possible, situate a lanai patio off the kitchen or interior living rooms which will make it easier to play host or hostess.

Next consider the sun exposure. If your lanai is going to be south facing it might end up being more muggy hothouse than a breezy lanai. If the lanai porch is going to be west or east facing, it will only get partial sun during the day which will make it a bit chillier during the winter months.

Consider when and how long during the year you will be using the lanai. Some people can and want to use the space the entire year while in other climates, the lanai will be more a spring, summer into early fall option.