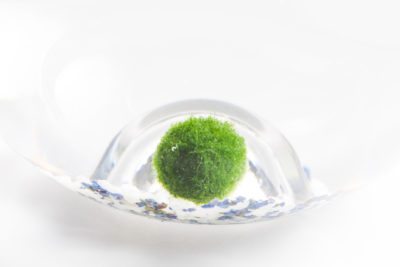 What is a Marimo moss ball? “Marimo” is a Japanese word that means “ball algae,” and Marimo moss balls are exactly that – tangled balls of solid green algae. You can easily learn how to grow moss balls. Marimo moss ball care is surprisingly simple and watching them grow is a lot of fun. Read on to learn more.

The botanic name for these fascinating green balls is Cladophora aegagropila, which explains why the balls are often known as Cladophora balls. “Moss” ball is a misnomer, as Marimo moss balls consist entirely of algae – not moss.

In their natural habitat, Marimo moss balls can eventually reach diameters of 8 to 12 inches (20-31 cm.), although your home-grown Marimo moss ball probably won’t be quite this large – or maybe they will! Moss balls can live for a century or more, but they grow slowly.

Marimo moss balls aren’t too difficult to find. You may not see them at regular plant stores, but they are often carried by businesses that specialize in aquatic plants or freshwater fish.

Drop the baby moss balls into a container filled with warm, clean water, where they may float or sink to the bottom. Temperature of the water should be 72-78 F. (22-25 C.). You don’t need a large container to start, as long as the Marimo moss balls aren’t crowded.

Marimo moss ball care isn’t too difficult either. Place the container in low to moderate light. Bright, direct light can cause the moss balls to turn brown. Normal household light is fine, but if the room is dark, place the container near a grow light or full spectrum bulb.

Change the water every couple of weeks, and more often during the summer when water evaporates quickly. Regular tap water is fine, but let the water sit out for a full 24 hours first. Agitate the water occasionally so the moss balls aren’t always resting on the same side. The motion will encourage round, even growth.

Scrub the tank if you notice algae growing on the surface. If debris builds up on the moss ball, remove it from the tank and swish it around in a bowl of aquarium water. Squeeze gently to push out old water.