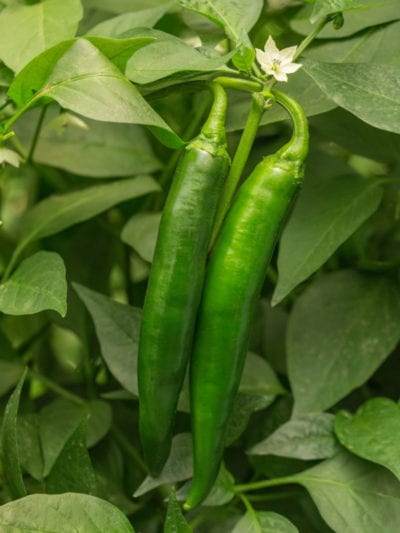 Much is written in today’s gardening community about the desirability of heirloom plant varieties over F1 plants. What are F1 hybrid seeds? How did they come about and what are their strengths and weaknesses in the home garden of today?

What are F1 Hybrid Seeds?

What are F1 hybrid seeds? F1 hybrid seeds refers to the selective breeding of a plant by cross pollinating two different parent plants. In genetics, the term is an abbreviation for Filial 1- literally “first children.” It is sometimes written as F1, but the terms mean the same.

Hybridization has been around for a while now. Gregor Mendel, an Augustinian monk, first recorded his results in cross breeding peas in the 19th century. He took two different but both pure (homozygous or same gene) strains and cross-pollinated them by hand. He noted that the plants grown from the resulting F1 seeds were of a heterozygous or different gene make up.

These new F1 plants carried the characteristics that were dominant in each parent, but were identical to neither. The peas were the first documented F1 plants and from Mendel’s experiments, the field of genetics was born.

Don’t plants cross pollinate in the wild? Of course they do. F1 hybrids can occur naturally if conditions are right. Peppermint, for example, is the result of a natural cross between two other mint varieties. However, the F1 hybrid seeds that you find packaged on the seed rack at your local garden center are different from wild crossed seeds in that their resultant plants are created by controlled pollination. Since the parent species are fertile, one can pollinate the other to produce these peppermint seeds.

The peppermint we just mentioned? It’s perpetuated through the regrowth of its root system and not through seeds. The plants are sterile and can’t propagate through normal genetic reproduction, which is another common characteristic of F1 plants. Most are either sterile or their seeds don’t breed true, and yes, in some cases, seed companies do this with genetic engineering so that their F1 plant refinements can’t be stolen and replicated.

Why Use F1 Hybrid Seeds?

So what are F1 hybrid seeds used for and are they better than the heirloom varieties we hear so much about? The use of F1 plants really blossomed when people began to do more vegetable shopping in grocery store chains than in their own backyards. Plant breeders sought more uniform color and size, looked for more definite harvest deadlines, and durability in shipping.

Today, plants are developed with a specific purpose in mind and not all of those reasons are about commerce. Some F1 seeds may mature faster and flower earlier, making the plant more suitable for shorter growing seasons. There might be higher yields from certain F1 seeds that will result in larger crops from smaller acreage. One of the most important accomplishments of hybridization is disease resistance.

There is also something called hybrid vigor. Plants grown from F1 hybrid seeds tend to grow stronger and have greater survival rates than their homozygous relatives. These plants need fewer pesticides and other chemical treatments to survive and that’s good for the environment.

There are, however, a few downsides to using F1 hybrid seeds. F1 seeds are often more expensive because they cost more to produce. All that hand pollination doesn’t come cheap, nor does the laboratory testing these plants undergo. F1 seeds can’t be harvested by the thrifty gardener for use the following year. Some gardeners feel that the flavor has been sacrificed to uniformity and those gardeners might be right, but others might disagree when they taste that first sweet taste of summer in a tomato that ripens weeks ahead of the heirlooms.

So, what are F1 hybrid seeds? F1 seeds are useful additions to the home garden. They have their strengths and weaknesses just as Grandma’s heirloom plants do. Gardeners shouldn’t rely on fad or fancy but should try a range of selections, regardless of the source, until they find those varieties best suited to their gardening needs.