Do Plants Use Carbon: Learn About The Role Of Carbon In Plants 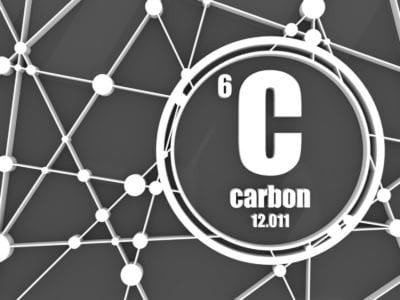 Before we tackle the question of, “How do plants take in carbon?” we must first learn what carbon is and what the source of carbon in plants is. Keep reading to learn more.

All living things are carbon based. Carbon atoms bond with other atoms to form chains such as proteins, fats, and carbohydrates which in turn, provides other living things with nourishment. The role then of carbon in plants is called the carbon cycle.

How Do Plants Use Carbon?

Plants use carbon dioxide during photosynthesis, the process whereby the plant converts the energy from the sun into a chemical carbohydrate molecule. Plants use this carbon chemical to grow. Once the plant’s life cycle is over and it decomposes, carbon dioxide is formed again to return to the atmosphere and begin the cycle anew.

As mentioned, plants take in carbon dioxide and convert it to energy for growth. When the plant dies, carbon dioxide is given off from the decomposition of the plant. The role of carbon in plants is to foster healthier and more productive growth of the plants.

Adding organic matter, such as manure or decomposing plant parts (rich in carbon– or the browns in compost), to the soil surrounding growing plants basically fertilizes them, feeding and nourishing the plants and making them vigorous and lush. Carbon and plant growth are then intrinsically linked.

What is the Source of Carbon in Plants?

Some of this source of carbon in plants is used to create healthier specimens and some is converted into carbon dioxide and released into the atmosphere, but some of the carbon is locked into the soil. This stored carbon helps to combat global warming by binding to minerals or remaining in organic forms that will slowly break down over time, aiding in the reduction of atmospheric carbon. Global warming is the result of the carbon cycle being out of sync due to the burning of coal, oil, and natural gas in large quantities and the resulting vast amounts of gas released from the ancient carbon stored in the ground for millennia.

Amending soil with organic carbon not only facilitates healthier plant life, but it also drains well, prevents water pollution, is beneficial to useful microbes and insects, and eliminates the need for using synthetic fertilizers which are derived from fossil fuels. Our dependency upon those very fossil fuels is what got us into this mess in the first place and utilizing organic gardening techniques is one way to combat the global warming debacle.

Whether carbon dioxide from the air or organic carbon in soil, the role of carbon and plant growth is extremely valuable; in point of fact, without this process, life as we know it would not exist.