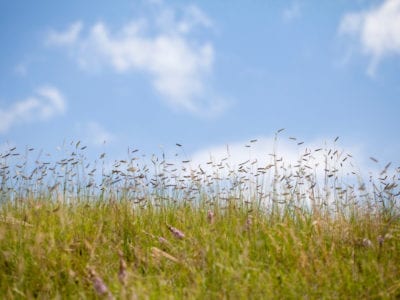 In this day and age, we are all more conscious of pollution, water conservation, and the negative impacts of pesticides and herbicides on our planet and its wildlife. Yet, many of us still have the traditional lush green lawns that require frequent mowing, watering, and chemical applications. Here’s some scary facts about those traditional lawns: According to the EPA, lawn care equipment emits eleven times the pollution of cars and lawns in the United States use more water, fertilizer, and pesticides than any agricultural crop. Imagine how much healthier our planet would be if we all, or even just half of us, adopted a different, more earth-friendly concept such as a habiturf lawn.

If you have looked into earth-friendly lawns, you may have come across the term habiturf and wondered what is habiturf? In 2007, the Ecosystem Design Group of the Lady Bird Johnson Wildflower Center in Austin, TX. created and began testing what they named the Habiturf lawn.

This alternative to the traditional non-native lawn was made from a mixture of grasses native to the south and midwestern United States. The concept was simple: by using grasses that are native residents of hot, drought ridden areas, people could have the lush green lawn they long for while also conserving water.

Habiturf native grasses turned out to be a great success in these locations and is now available as seed mixes or sod. The main ingredients of these seed mixes are buffalo grass, blue grama grass, and curly mesquite. These native grass species establish faster than non-native grass seed, grow 20% thicker, allow for only half the weeds to take root, require less water and fertilizer, and once established, they only need to be mowed three or four times a year.

How to Create a Native Habiturf Lawn

Habiturf lawn care requires such little maintenance and is beneficial to the environment that it now covers eight acres at the George W. Bush Presidential Center in Dallas, Texas. Habiturf lawns can be mowed like traditional lawns, or they can be left to grow in their natural arching habit, which resembles a lush, shag carpet.

Mowing them too frequently can cause more weeds to sneak in. Fertilizing habiturf lawns is rarely ever needed because they are native plants that grow best in natural situations. While habiturf native grasses are specifically for southwestern states, all of us can have low maintenance, chemical free lawns by abandoning the concept of the traditional lawn and growing native grasses and groundcovers instead.