Cactus Sunburn Treatment: How To Save A Sunburned Cactus Plant 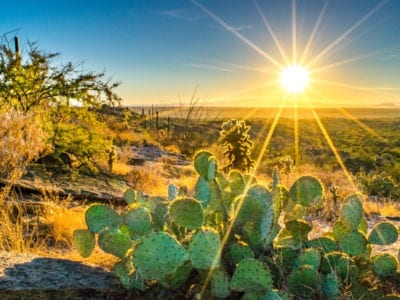 Cacti are considered to be pretty tough specimens, but even so, they are susceptible to a number of diseases and environmental stress. A fairly common problem occurs when a cactus becomes yellow, often on the most sun-exposed side of the plant. This makes one wonder, “Can a cactus plant get sunburned?”. If so, is there a cactus sunburn treatment? Read on to find out about the sunburn of cacti and how to save a sunburned cactus.

Can a Cactus Plant Get Sunburned?

Cacti come in a myriad of shapes and sizes and are almost irresistible to collect to the plant lover. When most of us think of cacti, we think of them thriving in scorching desert environments, so the natural conclusion is to provide them with conditions that mimic that setting, but the fact is that cacti are found in a variety of climates. Some species are found in tropical regions and every habitat in between.

Unless you are well-versed in cacti, chances are good that you may not be aware of the region and conditions that your new cactus baby would ordinarily thrive in. A yellowing of the plant’s epidermis is telling you that it isn’t happy with its current conditions. In other words, it sounds like a case of sun scorch or sunburn of cactus.

Another reason for sunburn on cacti is that they are often initially raised in a greenhouse where conditions are kept at a pretty consistent level of light, heat, and moisture. When you bring the cactus home and plunk it outside in a hot, sunny area, imagine the plant’s shock. It hasn’t been used to direct sunlight or sudden temperature changes. The result is a sunburned cactus that first shows signs of yellowing and, in extreme cases, the skin turns white and soft, indicating the eventual demise of the plant.

Interestingly, cacti do have ways of dealing with intense heat and sunlight. Some varieties develop additional radial spines to protect the sensitive dermis while others produce more fur to protect the tender outer skin of the plant. The problem is if you suddenly introduce them to these more extreme conditions, the plant doesn’t have time to provide itself with any protection. That’s when some type of cactus sunburn treatment needs to be implemented.

If you can catch the problem before the epidermis is scorched white, you may be able to save the poor plant. Here’s how to save a sunburned cactus.

Caring for sunburned cactus obviously means you need to get it out of the hot sun. If you notice any yellowing on the cactus and it is in full sun, move it, even if you have to move it in and out of the sun from day to day. Of course, this is really only feasible if the plant is in a pot and of a size that is physically possible to move. If you have a really large cactus that you suspect of sunburn or the cacti reside in the garden proper, try using a shade cloth at least during the hottest part of the day.

Keep the cacti consistently watered. If other plants are shading the cacti, be judicious when pruning. If you want to move your cacti around, only do so during cool weather to allow them to acclimate slowly and build up some immunity to the hot summer sun. Gradually introduce cacti to outdoor conditions if you move them inside during the winter and then outside for the summer.

Is Sunburn and Sunscald of Cactus the Same?

Although ‘sunburn’ and ‘sunscald’ sound like they might be related, this isn’t the case. Sunscald refers to a disease called Hendersonia opuntiae. It’s a common disease, particularly on prickly pear cactus. Symptoms of sunscald are more localized than sunburn and appear as disparate spots that gradually take over an entire cladode or arm of the cactus. The cladode then turns reddish-brown and dies. Unfortunately, there is no practical control for this disease.