Letizia Plant Care: How To Grow A Letizia Sedeveria Plant 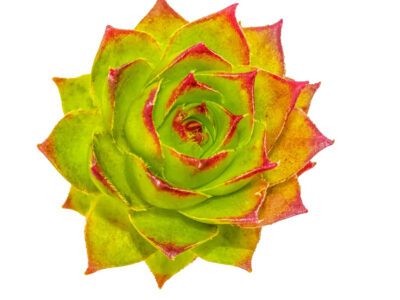 It’s easy to fall in love with a succulent, and Letizia succulents (Sedeveria ‘Letizia’) are particularly lovely. The leaves of the small, green rosettes glow in summer and are piped with deep red in winter. If Letizia succulents sound intriguing, read on for more Letizia information, including tips on Letizia plant care.

Sedeveria ‘Letizia’ is a little jewel of a plant. This beautiful small succulent has stems some 8 inches (20 cm.) tall topped with small rosettes. Newer stems have leaves as well as rosettes but when the stems are mature, they are bare except for the rosette on top.

Over cold, sunny winter days, the “petals” of this sedeveria turn deep red. They remain bright apple green, however, all summer long or all year, if grown in the shade. In spring, the Letizia sedeveria plant produces flowers on steps that rise above the rosettes. They are white with pink petal tips.

These succulents don’t need very much attention or care. They will thrive almost anywhere. Plants of this family are also called stonecrop since many gardeners joke that only stones require less maintenance. In fact, sedeveria plants are hybrids on sedum and echeveria, both of which are hardy, carefree succulents.

If you want to grow Letizia sedeveria plants, think about light, since that’s the one absolute requirement of its care. Plant Letizia succulents in direct sun if you live near the coast, or light shade if your climate is warmer.

The plants thrive outdoors in USDA plant hardiness zones 9 through 11 and are only very slightly frost tolerant. You might try putting your new sedeveria Letizia in a rock garden or with other succulents.

In cooler regions, you can grow them indoors in containers. Put them outside to get a little sun in the warmer seasons but look out for sudden drops in temperature. According to Letizia information, they are only slightly frost tolerant and a hard frost will kill them.

Like most succulents, Letizia is drought and heat tolerant. The plant requires very little irrigation to thrive. Be sure that you install Letizia sedeveria plants in well-drained soil. These are not plants that like wet feet. Opt for neutral or acidic soil rather than alkaline.

Printer Friendly Version
Read more about Sedeveria
<PreviousNext>
Did you find this helpful? Share it with your friends!
FacebookTweetPinEmail
Related Articles
Newest Articles
You might also like…
Additional Help & Information