What Is Fumewort: Learn About Growing Fumewort Plants 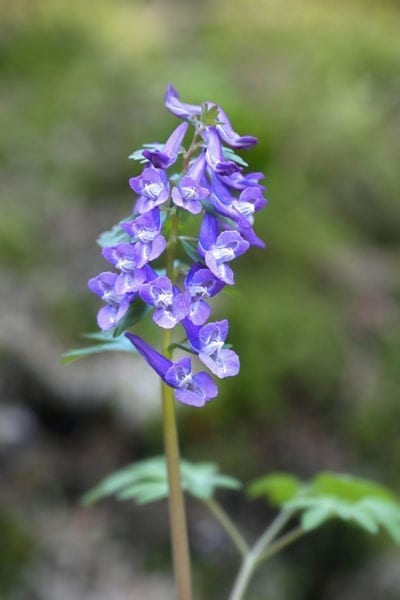 If your backyard is cast in a lot of shade, then you may be struggling to find shade tolerant perennials that lend as much visual excitement to your garden as their sun-basking counterparts. The truth is that shade perennials can be just as exciting; you just haven’t met the right perennials yet. For starters, let me introduce you to fumewort (Corydalis solida). What is fumewort, you ask? Well, fumewort is a non-native perennial that will add interest to your shady garden nooks with its mauve-pink, purple, or white tubular flowers on racemes above mounds of deeply divided, fern-like grayish-green foliage. Read on to uncover more fumewort plant info.

If you were to research fumewort plant info, you would discover that it underwent some taxonomy changes. Originally named Fumaria bulbosa var. solida in 1753 by Swedish botanist Carl Linnaeus, it was changed in 1771 to the species Fumaria solida by Philip Miller. These early classifications in the genus Fumaria help explain why it is called fumewort. It was later reclassified in 1811 into the genus Corydalis by French botanist Joseph Philippe de Clairville.

Native to moist shady woodlands in Asia and Northern Europe, this spring ephemeral blooms in late April to early May and grows up to 8-10 inches (20-25 cm.) tall. You may be wondering what is meant by the descriptor “spring ephemeral.” This alludes to a plant that emerges swiftly in the spring at the first hint of warm weather and then dies back, entering dormancy, after a short growth period. Fumewort, for example, dies back after flowering and disappears sometime in early June. The advantage of ephemerals, such as common fumewort, is that they leave space for other plants to bloom later.

Rated for USDA hardiness zones 4-8, fumewort is attractive because it is deer resistant with showy blooms that lure numerous pollinators. On the flipside, however, it is identified as an alkaloid containing plant and, as such, is considered poisonous to grazing livestock such as goats and horses, and potentially to other beloved pets if they were to ingest a part of the plant.

Unless you deadhead the fumewort flowers, be prepared for volunteer plants because fumewort does self-seed. The seeds that are produced are shiny and black with a small fleshy white elaiosome attached. Fumewort seed is dispersed by ants who covet the elaiosome as a food source.

Fumewort plants are ideally grown in rich, moist, well-draining soil in partial to full shade. If you’re interested in adding fumewort flowers to your garden, it can be achieved in a few different ways.

If planting common fumewort by seed, please keep in mind that the seeds require a cold treatment in order to sprout properly. Direct sowing seed outdoors in the fall is recommended. If starting seed indoors, you will need to break the seed dormancy by inducing cold stratification.

Another way to get more plants is through division. Fumewort may be propagated by division of its tubers when it is dormant in late spring or early autumn.