What Is Impatiens Arguta – Tips For Growing Upright Impatiens Plants 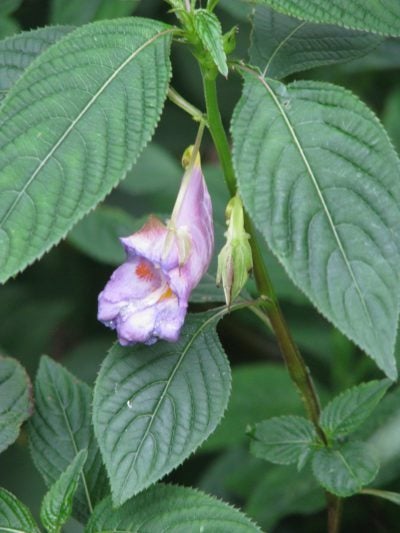 When you hear someone mention impatiens, you probably picture the old standby of shade-loving bedding plants with short succulent stems, delicate flowers, and seed pods that burst from the slightest touch. You may also picture the intense variegated foliage of the increasingly popular, sun-tolerant New Guinea impatiens. Well, toss those pictures of common impatiens out the window because the new, rare varieties of Impatiens arguta are like no impatiens you’ve ever seen before. Read on for more Impatiens arguta information.

What is Impatiens arguta?

Impatiens arguta is a semi-shrubby, upright type of impatiens that grows 3 to 4 feet (1 m.) tall and wide. Upright impatiens is native to regions of the Himalayas and grows as a perennial in U.S. hardiness zones 7 through 11. In zones 9 to 11, it may grow as an evergreen and bloom all year.

When temperatures in these zones dip too low, or there is an unseasonal frost, the plant may die back to the ground, but then regrow from their thick tubers when the weather warms back up. Elsewhere, it can be grown as an annual, where it can trail and climb in containers and baskets.

The real “wow factor” of Impatiens arguta, however, is its lavender-blue funnel or tubular shaped flowers. These blooms hang below the deep green, serrated foliage from tiny delicate, inconspicuous stems. They have been described as graceful little floating sea creatures which look as if they are gently floating on waves as the plant sways in the breeze.

The flowers have also been described as orchid-like. Depending on variety, the flowers have yellow-orange throats with red-orange markings. The other end of the flower curls in a hooked spur, which may also have yellow-red coloring. These flowers bloom from spring to frost and even longer in frost free areas.

Suggested varieties of Impatiens arguta are ‘Blue I,’ ‘Blue Angel,’ and ‘Blue Dreams.’ There is also a white variety known as ‘Alba.’

Impatiens arguta is an extremely easy plant to grow, provided it has consistently moist soil and protection from the afternoon sun. While the plant has some sun tolerance, it still grows best in part shade to shade, like common impatiens.

The plants are so easy to grow that they can also be grown as houseplants. New plants can be propagated from seeds, cuttings, or divisions. When grown outdoors, they are also seldom bothered by deer. These rare plants may not be available in local greenhouses and garden centers, but many online retailers have recently started selling them world-wide.

Printer Friendly Version
Read more about Impatiens
<PreviousNext>
Did you find this helpful? Share it with your friends!
FacebookTweetPinEmail
Related Articles
Newest Articles
You might also like…
Additional Help & Information