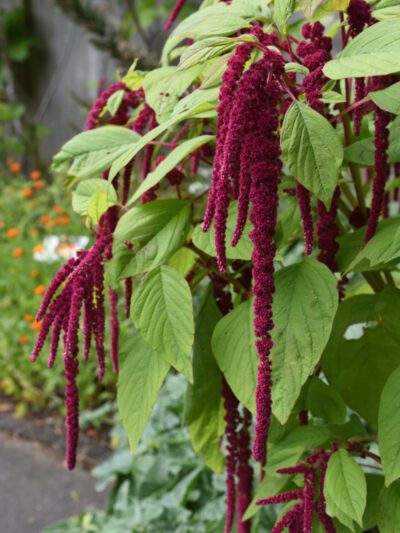 Love lies bleeding care is minimal after the seeds sprout. Until seedlings are actively growing, they should be kept consistently moist. Once established, the love lies bleeding plant is somewhat drought-resistant and needs little looking after until seeds develop.

Love lies bleeding plant should be planted in full sun after the soil has warmed. Gardeners with short growing seasons may want to start seeds indoors or purchase seedlings, as growth and flowering in maturity may take the better part of the season. Love lies bleeding plant can reach 5 feet (1.5 m.) in height and 2 feet (61 cm.) across, adding bushy texture in the landscape. Perennial performance may occur from this plant in areas that do not experience frost.

The exception to minimal love lies bleeding care is removing seeds before they spill to the ground and create a plethora of love lies bleeding. Amaranthus, of which this plant is a family member, is sometimes said to be invasive and even noxious in some areas. If prolific sprouting occurs next year, weed out the seedlings before they become established.