Poinsettias And Christmas – History Of Poinsettias 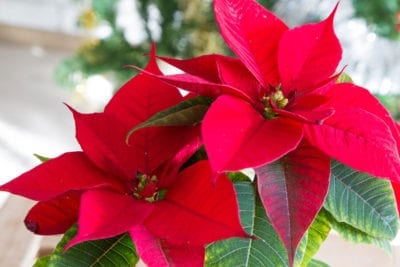 What’s the story behind poinsettias, those distinctive plants that pop up everywhere between Thanksgiving and Christmas? Poinsettias are traditional during the winter holidays, and their popularity continues to grow year by year.

They have become the highest selling potted plant in the United States, bringing millions of dollars in profits to growers in the southern U.S. and other warm climates around the world. But why? And what’s up with poinsettias and Christmas anyway?

The story behind poinsettias is rich in history and lore. The vibrant plants are native to the rocky canyons of Guatemala and Mexico. Poinsettias were cultivated by the Mayans and Aztecs, who valued the red bracts as a colorful, reddish-purple fabric dye, and the sap for its many medicinal qualities.

So how did poinsettias and Christmas become intertwined? The poinsettia was first associated with Christmas in southern Mexico in the 1600s, when Franciscan priests used the colorful leaves and bracts to adorn extravagant nativity scenes.

History of Poinsettias in the U.S.

Joel Robert Poinsett, the nation’s first ambassador to Mexico, introduced poinsettias to the United States around 1827. As the plant grew in popularity, it was eventually named after Poinsett, who had a long and honored career as a congressman and a founder of the Smithsonian Institution.

According to poinsettia flower history provided by the U.S. Department of Agriculture, American growers produced more than 33 million poinsettias in 2014. More than 11 million were grown that year in California and North Carolina, the two highest producers.

The crops in 2014 were worth a whopping total of $141 million, with the demand growing steadily at a rate of about three to five percent per year. Demand for the plant, not surprisingly, is highest from Dec. 10 through 25, although Thanksgiving sales are on the rise.

Today, poinsettias are available a variety of colors, including familiar scarlet, as well as pink, mauve, and ivory.

Printer Friendly Version
Read more about Poinsettia
<PreviousNext>
Did you find this helpful? Share it with your friends!
FacebookTweetPinEmail
Related Articles
Newest Articles
You might also like…
Additional Help & Information