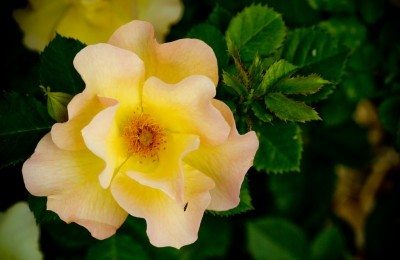 Many roses have been developed to be hardy in difficult climates, and Parkland roses are the results of one of these efforts. What does it mean when a rose bush is a Parkland Series rose bush? Read on to learn more.

What are Parkland Roses?

The Parkland Series roses are a group of roses that were created to survive the Canadian winters well.  The Parkland Series of rose bush varieties were developed by the Agriculture and Agri-Food Canada (AAFC) at Morden Research Station in Manitoba.

These rose bushes are indeed hardy but are said not to be as cold hardy as the Explorer Series of rose bushes, which were also created in Canada to survive the harsh winters. However, the Parkland roses are what is known as “own root” rose bushes, thus even if they die back all the way to the ground, what comes back from the root will be true to that rose variety.

They typically require a minimum of care from pruning to minimal spraying. These Parkland Series roses bloom time after time throughout the growing season and are listed as a disease resistant group of roses. One of the rose bushes named Winnipeg Parks has been confused with the rose bush Knockout at times in church and business office landscaping.

An interesting side note on some of the Parkland Series of rose bushes is that one of their parent rose bushes in the breeding program was a Dr. Griffith Buck rose bush named Prairie Princess. See my article on Buck Roses to learn more about these roses.

Here is a list of some of the Parkland Series of rose bushes. You may already be growing some in your gardens or rose beds.

These are indeed beautiful rose bushes that would make any garden shine. Their hardiness and disease resistance makes them a fine choice for the shrub rose and minimal care rose fans of today.