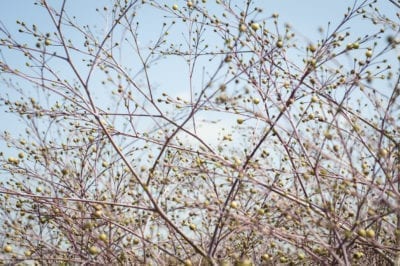 Greater sea kale (Crambe cordifolia) is an attractive, yet edible, landscaping plant. This sea kale grows in a mound composed of dark green, crinkly leaves. When cooked, the leaves have a delicate kale or cabbage-like flavor. Young leaves are preferred for consumption, as the foliage becomes tougher as it ages.

Aside from culinary uses, it’s the blossoms which provide the greatest appeal for greater sea kale. Growing to heights of 70 inches (180 cm.), multitudes of tiny white “baby’s breath-like” flowers appear on fine branches to give the plant a bush-like presence for about three weeks in early to midsummer.

So exactly what is greater sea kale and does it come from the ocean, as the name would suggest?

What is Greater Sea Kale?

Like garden kale, Cordifolia sea kale is member of the Brassicaceae family. This native perennial of Afghanistan and Iran doesn’t grow in the sea, but is found on steppes and barren, rocky land. During periods of low rainfall, mature sea kale plants are able to withstand periods of drought.

Many parts of the plant are edible, including the newly sprouted shoots, roots, and flowers.

How to Grow Greater Sea Kale

Cordifolia sea kale has a large taproot, thus only young seedlings transplant well. Seeds can be sowed outdoors in early spring. Germination is slow, so starting seeds in a cold frame or pots is recommended. Transplant seedlings to their permanent home when they are about 4 inches (10 cm.) tall. The plant prefers full sun but tolerates light shade.

Greater sea kale tolerates most soil types and can be grown in sandy, loamy, clay, or saline ground but prefers moist, well-draining neutral to alkaline soils. Chose a sheltered location away from strong winds with adequate rainfall. Although frost tolerant and hardy to USDA zones 5 to 8, Cordifolia sea kale dislikes and performs poorly with the heat and humidity levels found in the deep south of the United States.

Due to its taproot, this is one perennial that doesn’t do well with traditional methods of root propagation. To divide, dig up the entire root in the early spring or fall. Make sure each division has at least one growing point. Plant larger sections directly into their permanent home, but smaller ones can be potted and placed in a cold frame.

Most gardeners will find sea kale fairly easy to grow. Slugs and caterpillars can be problematic with young plants. As they reach their mature height, greater sea kale growing habits sometimes require plants to be staked.