When Do Azaleas Bloom – Information On Azalea Blooming Periods 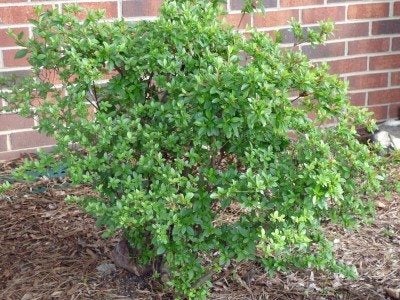 It’s a real disappointment when an azalea bush doesn’t grace the spring with glorious flowers. There are myriad possible answers to the question “Why aren’t my azaleas blooming?” but with a little detective work, you should be able to figure out the reason that fits your case. Once you know the reasons your azaleas don’t flower, you can turn your attention to getting azaleas to bloom. Read on for more information about why azaleas won’t bloom and what you can do about it.

Why Aren’t My Azaleas Blooming?

Let’s start with the most common reason why azaleas won’t bloom. It is called inappropriate pruning. Azaleas are one of those shrubs that fix buds for the next season within weeks after this year’s flowers fade. Gardeners who prune, trim, or sheer azalea bushes after that period can remove all of the buds that would have turned into next spring’s flowers.

When do azaleas bloom? Generally, azalea blooming periods come in early spring and the shrubs are considered by many the queens of the spring season. This means that the time to prune them is no later than early summer. If you prune in midsummer, autumn, or winter, your pruners are the reasons that your shrubs are without flowers this year.

If you didn’t prune last year, you’ll have to look for another reason as to why your azaleas won’t bloom. First, consider whether deer or rabbits may have “pruned” the plant without your permission. If so, you may need a fence for protection.

One other alternative is frost. An untimely frost can kill the buds of a cold-sensitive azalea. Another possibility is drought or inadequate irrigation during the bud set. Be careful to water the plant well every few weeks, especially just after the azalea blooming periods are over.

Too much nitrogen fertilizer can prevent azalea blooming too. Nitrogen encourages foliage growth at the expense of flowering. Cut back on fertilizer if this sounds like you. Too little sun can also impact flowering, so check to see if the trees around the azalea shrubs are blocking rays and, if so, trim them back.

Container azaleas that fail to bloom may be root bound. Check the drainage holes to see if roots are growing out. Generally, you must move up to a bigger pot with container azalea every few years.

Getting azaleas to bloom is not too hard when you figure out the issue. Once you have solved the problem, you can look forward to your azalea blooming periods again.