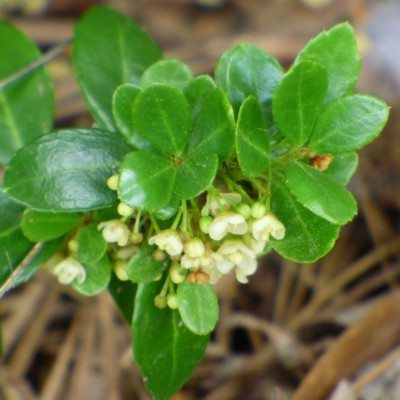 Boxwood shrubs (Buxus spp.) are known for their deep green leaves and their compact round form. They are excellent specimens for ornamental borders, formal hedges, container gardening and topiary. There are many species and cultivars. The English boxwood (Buxus sempervirens) is particularly popular as a clipped hedge. It grows in U.S. Department of Agriculture zones 5 through 8 and has many cultivars. Unfortunately, there are complaints within the gardening community about smelly boxwood shrubs. Read on to learn more.

Do Boxwoods Have a Scent?

Some people are reporting that their boxwood has a bad odor. More specifically, people complain about boxwood bushes that smell like cat urine. The English boxwood seems to be the main culprit.

To be fair, the odor has also been described as resinous, and a resinous scent certainly isn’t a bad thing. Personally, I have never noticed this smell in any boxwoods nor have any of my clients complained to me about smelly boxwood shrubs. But it does happen.

In fact, unbeknownst to many, boxwood shrubs produce tiny, inconspicuous blooms – normally in late spring. These flowers, especially in English varieties, may occasionally emit the unpleasant odor that so many people notice.

If you are concerned about smelly boxwood shrubs, then there are certain things you can do to avoid the smell.

Don’t install English boxwood near your front door or near any frequently used areas of your landscape.

You can substitute other not-so-odorous boxwood species and their cultivars such as the Japanese or Asian boxwood (Buxus microphylla or Buxus sinica) Consider using Little Leaf boxwood (Buxus sinica var insularis) if you live in zones 6 through 9. Ask at your local nursery about the other boxwood varieties and cultivars they carry.

You can also consider using a completely different species. Densely leafed, evergreen plants can be substituted for boxwood. Consider using cultivars of myrtles (Myrtis spp.) and hollies (Ilex spp.) instead.