Mesquite Tree Uses – What Can Mesquite Be Used For 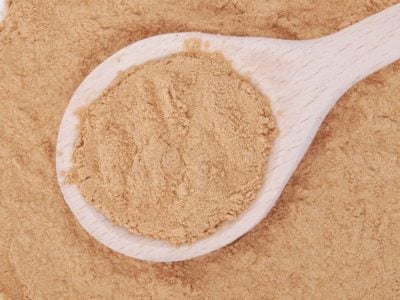 Of mesquite, many of us only know about the slow burning wood that makes for a great barbeque. That’s only the tip of the iceberg though. What else can mesquite be used for? Really, you can almost name it since mesquite tree uses are many and varied. Mesquite trees are even known to have several health benefits.

Mesquite trees came about in the Pleistocene era along with such giant herbivores as mammoths, mastodons, and ground sloths. These animals ate the pods of the mesquite tree and dispersed them. After their extermination, water and weather were left to scarify the seeds, disperse, and germinate them, but survive they did.

The mesquite is now one of the most common trees of the southwestern United States and into parts of Mexico. A member of the legume family including peanuts, alfalfa, clover, and beans, mesquite is perfectly suited for the dry environ it thrives in.

What Can Mesquite be Used for?

Literally, every part of a mesquite is useful. Of course, the wood is used for smoking and also to make furniture and tool handles, but the bean pods, blossoms, leaves, sap, and even the roots of the tree all have food or medicinal uses.

Mesquite sap has a myriad of uses that go back hundreds of years, used by Native American people. There is a clear sap that oozes from the tree that was used to treat stomach aches. This clear sap is not only edible, but sweet and chewy and was collected, saved, and then used to dose ill children, rather like a spoonful of sugar to help the medicine go down.

The black sap that seeps from wounds on the tree is mixed with secret herbs and applied to the scalp to treat male pattern baldness. This mesquite herbal soap can still be found today for “macho” hair in parts of Mexico. This sap or tar was also boiled down, diluted, and used to make an eye wash or antiseptic for wounds. It was also used to treat chapped lips and skin, sunburn, and venereal disease.

The roots of the tree were used as firewood as well as chewed on to treat toothaches. Leaves were imbued in water and taken as a tea to treat stomachaches or to stimulate appetite.

Bark was harvested and used to weave baskets and fabrics. Mesquite flowers can be collected and made into tea or roasted and formed into balls and stored for a later food supply.

Probably the most important uses for mesquite trees were from its pods. The pods and seeds were ground into a meal that the native people used to make small, round cakes that were then dried. The dried cakes were then sliced and fried, eaten raw, or used to thicken stews. Mesquite meal is also used to make flat bread or fermented with a mix of water to produce a fizzy alcoholic beverage.

Beans from the mesquite tree have some very real benefits in terms of nutrition. They are very sweet due to their high fructose level and thus don’t require insulin to metabolize. They contain around 35% protein, more than soybeans and 25% fiber. With a low glycemic index of 25, some scientists are looking to mesquite to regulate blood sugar and combat diabetes.

Of course, mesquite tree benefits extend not only to humans but to animals as well. The blossoms provide bees with nectar to make honey. Mesquite trees grow quickly providing shade food, and haven to birds and animals. In fact, coyotes almost exclusively survive on mesquite pods during the lean winter months.